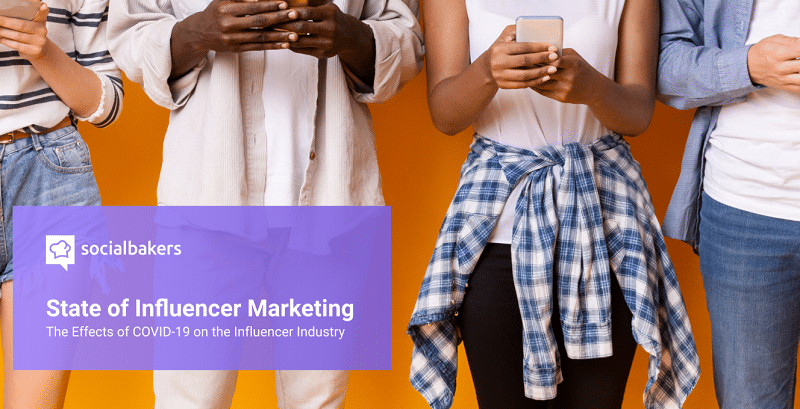 Brands working with influencers has fallen by 37 and its efficiency fell by 41% as budgets face further cuts amid the Covid-19 pandemic, according to new research.

With budgets still under a squeeze, brand marketers are making sure each penny is being spent wisely. Socialbakers’ latest State of Influencer Marketing report lays bare the impact of COVID-19 on influencer marketing over the last three months.

“Despite the economic impact of COVID-19, brands are still investing in influencer marketing to reach their target audiences, but with a distinctly different approach,” said Yuval Ben-Itzhak, CEO, Socialbakers. “Nano and micro influencers are now seen as high-value resources, bringing high impact without the big price tag of macro and mega influencers. As budgets remain tight, savvy brands will likely continue to expand partnerships with these smaller influencers as part of a smarter social media strategy in the wake of the continuing worldwide pandemic.”

There was also a sharp 41% drop in Influencer Marketing Efficiency – the ratio of average interactions on an influencer’s post mentioning the brand, compared to a post published by the brand itself – compared to April 2019. Following the rise and fall of this metric during the holiday season, efficiency likely decreased in the spring due to the pandemic.

This story is not the same across industries, with high-performing Influencer Marketing Efficiency scores in Healthcare (4.2x), Finance (3.9x), Telecom (3.8x) and Accommodation (2.7x). On the other end of the spectrum, industries such as Auto (0.6x), Sporting Goods (0.4x), and Airlines (0.2x) were not able to find effective influencer partnerships. However, extra-small brands seem to be the big winners when partnering with influencers. They achieved the highest efficiency from their influencer campaigns when they partnered with small or larger influencers. 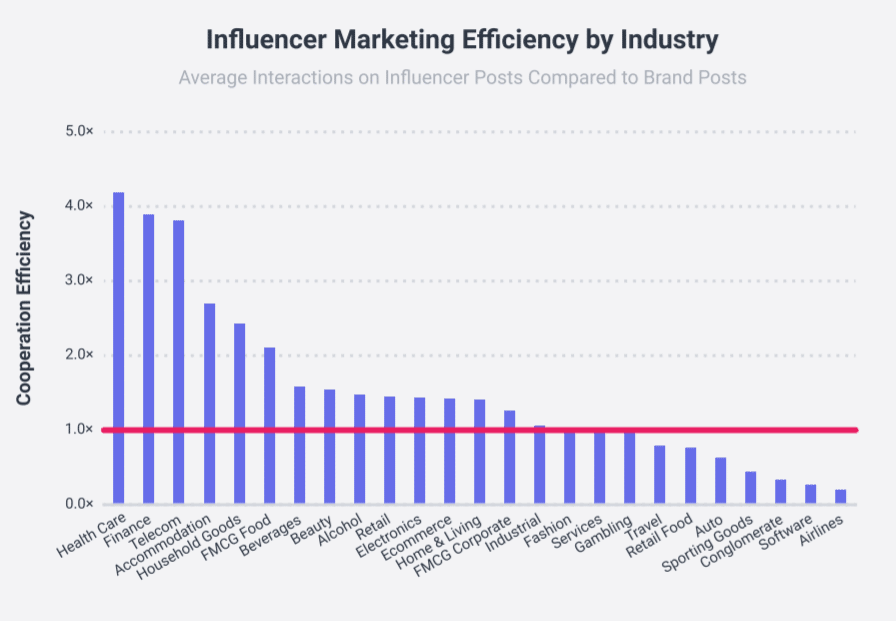 In April 2020, 33.3% of all Instagram influencers cooperating with brands were nano influencers, and 31.9% of all #ad posts came from nano influencers. That’s the highest those percentages have been since June 2019. Of all the brand cooperations that Socialbakers analyzed, nearly 94% were micro-influencers with fewer than 100,000 followers. This points to a belief among brands that positive campaign results can be achieved with smaller, more authentic influencers that are closer to their real public.

The Socialbakers State of Influencer Marketing Report is now available for download.