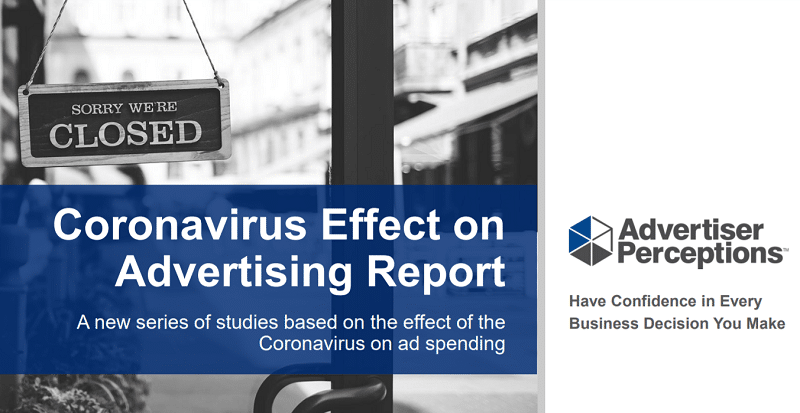 One-third of US advertisers have cancelled at least one campaign before it started in response to the pandemic, according to new research.

A new survey from Advertiser Perceptions shows that 45% of respondents pulled a campaign already in progress, while 49 % delayed a campaign until later in the year.

Advertiser Perceptions, a research group that regularly polls media decision-makers, conducted interviews with 203 marketer and agency representatives for the survey, which was conducted March 17-20.

• 81 percent of respondents expect to cut ad budgets significantly this year, and 68 percent expect to spend less next year because of the pandemic.
• 41 percent have decreased broadcast TV advertising, while 38 percent have slashed cable buys.
• 48 percent are upping spending with Facebook, while 21 percent are taking it down.
• 37 percent will increase spending on Google, while 14 percent are decreasing it.