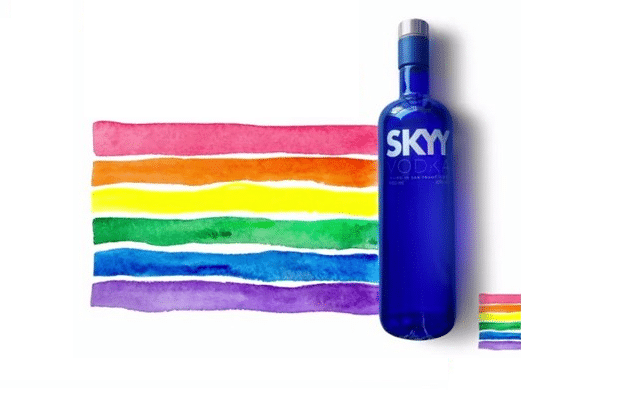 Mindshare is developing a private marketplace in the US and UK, an initiative to help LGBTQ media titles win a greater share of advertising investment, with Skyy Vodka one of the first clients to sign up.

As marketers seek to protect their brands from appearing in the wrong environments, today’s brand safety technology has inadvertently diverted media dollars from LGBTQ publishers and journalists through keyword exclusion lists.

In response, Mindshare USA, the global media agency network that’s part of WPP, developed a LGBTQ private marketplace (known as a PMP) to address the issue.

The PMP aggregates publishers into one negotiated inclusion list so that brands support LGBTQ-specific publications as well as the LGBTQ content at broader publications.

SKYY Vodka is the first-mover and launch brand for the PMP, taking a stand to support LGBTQ voices and journalism. The brand has long been a supporter of LGBTQ rights and representation in media, sponsoring numerous initiatives and voices in the community year-round, from its “Toast to Marriage” campaign to being the very first spirit brand to release an advertisement featuring a lesbian couple and more.

“As a brand, we believe that Pride should not be the only time of year to show support for the LGBTQ community,” says Bernadette Knight, Senior Marketing Director of SKYY Vodka. “SKYY Vodka is dedicated to supporting LGBTQ voices 365 days a year, and this PMP provides yet another avenue for us to do that.”

The PMP is an integral new addition to the media plan for SKYY Vodka’s larger “Proudly American” marketing campaign featuring people who shine brightly in the face of adversity, celebrate diversity, and are proud to inspire today’s articulation of being American. One of the campaign’s spokespeople is Dusty Ray Bottoms (one of the breakout stars of RuPaul’s Drag Race) who appears in the ads online published via the PMP.

“It’s critical that we challenge the brand safety standards of the last few years because they’ve become a roadblock to bringing more independent voices to media,” says Diane Anderson-Minshall, CEO of Pride Media, home to publications such as The Advocate and Out, and one of the partners in the PMP. “A lot of the time that’s LGBTQ voices, but also specifically people of color, immigrants, and other underrepresented groups. This kind of initiative will help keep those voices out there and accessible to everyone who needs it.”

Mindshare USA began work on the LGBTQ PMP in 2019. While brand safety tools, technologies, and guidelines have played a critical role in protecting marketers and their media investments over the years, contextual challenges in exclusion list technology (such as sentiment) require more work to protect and encourage more underrepresented voices in media. The LGBTQ PMP is the first in a series of “inclusion PMPs” that Mindshare USA is rolling out in 2020 and 2021, dedicated to driving more media dollars to minority and marginalized groups.

“Publishers in the LGBTQ community have seen so many cuts, layoffs, and closures over the past couple years, as have those for other marginalized communities,” says Dan Ottinger, Manager, Digital Investment, Mindshare USA, who co-led the launch of the PMP. “This isn’t just a business issue, but a moral one. It’s essential to keep our community’s journalist voices alive, and the staunch support from marketers and partners around this has been really encouraging.”

“Our industry has made strides with the visual representation of LGBTQ people in media. But that only goes so far if media dollars are unintentionally defunding LGBTQ journalism through brand safety practices,” says Rachel Lowenstein, Partner, Associate Director, Invention+, Mindshare USA, who co-led the launch of the PMP. “Marketers and agencies need to commit to doing better in supporting LGBTQ media and that starts with reimagining the way we approach brand safety, which can often be fraught with unconscious bias. Our PMP is intended to help solve that.”

In addition to the support this provides journalism, neuroscience research from Mindshare USA shows the effectiveness for brands of advertising in LGBTQ media as well. Working with members of the LGBTQ community, the agency found that:

Using an ad in LGBTQ media resulted in 2.8x higher memory encoding when compared to using the same ad in non-LGBTQ media.

More Information: How Keyword Exclusion Lists Work—and Have Contributed to This Problem

Keyword exclusion lists tell automated digital advertising models not to put a brand’s advertising alongside content that could be potentially non-brand safe, based on specific words or phrases. But words like “sexuality,” “queer,” and “gay” can be used in ways that are sexual and discriminatory, or in ways that are empowering and affirming. And the content in pieces that discuss things like “bullying” or “violence” can differ in their message from article to article. An aggressive keyword exclusion list lacks the flexibility to identify the difference—it lacks the technological processing to understand important context around keywords.

While there has been progress made in this area around semantic keyword processing, there’s still much to do – and thus exclusion lists are often unintentionally blocking content that some brands would like to support. In turn, this moves money away from publishers that need it, and has created a form of digital censorship in which ad dollars dictate what we do and don’t read.

The LGBTQ PMP leverages an inclusion list of publishers that Mindshare USA works with and have guaranteed brand safety standards for advertisers.

Mindshare USA’s Dan Ottinger and Rachel Lowenstein are co-founders of The Collective, a diversity, equity, and inclusion advocacy group within the agency. The group has two areas of focus: creating new resources and conversations around DE&I for employees, and driving digital offerings for clients that make media more diverse.

Mindshare UK’s CEO Jem Lloyd-Williams said: “Mindshare is passionate about having a highly inclusive culture and this includes being inclusive in the offerings we make to our clients. Developing a LGBTQ private marketplace which helps these titles avoid being penalised and rolling it out to our clients feels like a very positive step in our inclusivity journey.”