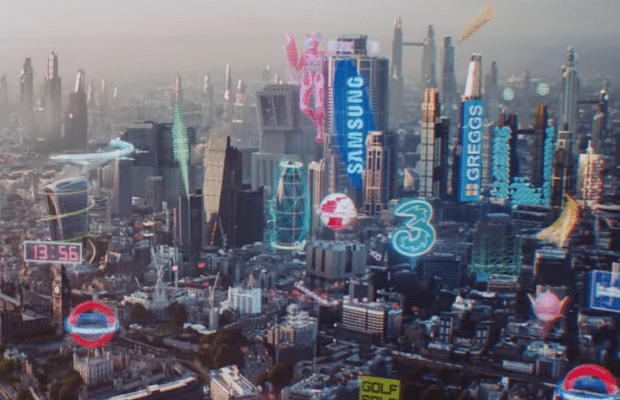 Three’s biggest ever ad campaign aims to be the antidote to winter blues and bleak forecasts with an optimistic glimpse into Britain's 5G-powered future, complete with holographic Lewis Capaldi and VR space battles.

The mobile network operator’s previous campaign “Phones are good” journeyed through the past, while the new ad looks at a near future when 5G has changed British life for the better.

The ad seeks to cement the brand as one that celebrates “Britishness” and offers a fun antidote to the misery seemingly permeating the nation.

‘UK, U OK Hun?’ is the brainchild of chief marketing officer Shadi Halliwell, the ex-Harvey Nichols marketing boss who – along with ad agency Wieden + Kennedy – wants to make the Three brand “less about utility and more about lifestyle”.

The campaign will run across digital, TV, OOH, social and in-store. The flagship commercial, which will run on TV, cinema and online, highlights the potential of 5G.

The ad transports the viewer to a futuristic 5G future showing drone post boxes and a digital Big Ben, as well as a holographic version of Tinder, commercial spaceflight and a team of robots winning the football World Cup for England.

Each scene highlights different benefits of 5G to prove that Britain’s future doesn’t look so dismal, and features a host of British talent and references to key cultural and sporting events such as the World Cup.

Three is ramping up its role in the UK’s 5G spectrum following its £250m purchase of UK Broadband. The network provider now controls three-times the 5G infrastructure of rivals O2, EE and Vodafone.

In terms of marketing goals for the campaign, consideration will be key for Three, particularly outside London where the brand is not as strong. According to YouGov BrandIndex, Three has a consideration score of 10.1 across the UK but 11.7 in London, behind the big three operators EE, O2 and Vodafone.

Three is also hoping to boost brand awareness, which is at 83% in the UK compared to 93% for Vodafone and 92% for O2.