AI ‘to create twice as many jobs as it destroys’ 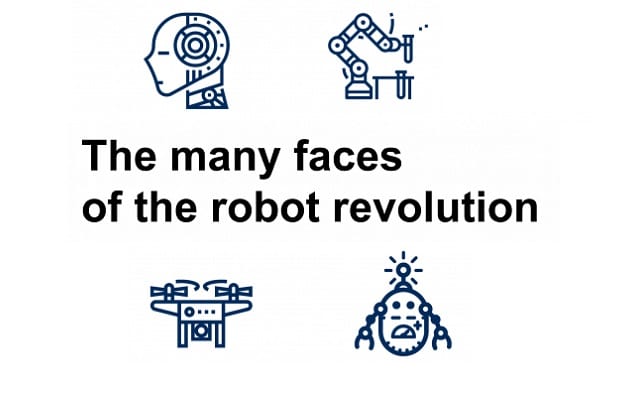 The World Economic Forum has issued a report stating that over the next decade AI could create almost double the number of jobs that it will destroy.

According to the World Economic Forum (WEF), about 133m jobs globally could be created with the help of rapid technological advances in the workplace over the next decade, compared with 75m that could be displaced.

Developments of machines and automation software in the workplace could create 58 million new jobs in the next five years, according to the report.

The outlook for job creation is more positive today because companies better understand what kind of opportunities are available to them due to developments in technology.

There would also be “significant shifts” in the quality, location and format of new roles, the report found.

Some companies could choose to use temporary workers, freelancers and specialist contractors, while others may automate many of the tasks.

New skill sets for employees will be needed as labour between machines and humans continue to evolve, the report pointed out.

Artificial intelligence and its impact on jobs has become a hot topic of debate and many experts have predicted that machines will ultimately replace millions of jobs in the next decade. Still, the conventional wisdom among many business executives is that AI will also create new jobs.

Mike Guggemos, CIO at IT firm Insight, offered his thoughts on the real impact of AI on the employment market and the type of jobs the technology will likely create: “Fears of mass job displacement by Artificial Intelligence are misplaced – the technology has intelligence, but not wisdom, and that limits what it can accomplish by itself. The real impact of AI on the employment market over the next few years will be to shift people from one role to another, and to create new roles. This migration does not represent a great rupture in the jobs market, but a continuation of what has always happened with new technologies that automate tasks, going back to the first industrial revolution; the lowest skills are replaced by higher skills.”
“A lot of these new jobs will be centred around understanding and managing the technology, as the limitations of machine learning means it needs human wisdom to guide it. For example, automating a business process like parsing a legal contract requires somebody to set up and coach the technology until it can do its tasks on its own. During this implementation period, the person involved develops valuable new skills in AI which can be translated over to other areas where businesses want to use AI and can be used to manage a ‘team’ of AI bots.

“To prepare for this future, organisations need to lay the groundwork for a shifting but connected workforce, enabling people to learn the skills that will see them prosper as AI enters the workplace

“Humans will have more time to be creative and critical”

Simon Aldous, Head of EMEA Channels, UK Office Lead, Dropbox has shared his thoughts on why, a man-machine partnership is important for the future of work: ”Emerging technologies such as AI, robots and algorithms are set to completely transform the workplace, helping to boost the number of jobs in the next decade. Whilst the future of work will see more organisations adopt technologies such as these, their fundamental role will be to remove repetitive tasks and admin work, making way for employees to focus on more meaningful and creative work. The end result will give employees more time to do what makes them uniquely human – complex problem solving, critical thinking, and creativity.’

“By taking a more holistic approach to the future of work, a man-machine partnership will open up a new realm of possibilities for organisations. Indeed, when considering the ever increasing rise in multi-faceted jobs, which makes the need for a balance between human interaction and technology vital, it’s easier to see how AI is less likely to replace us and more likely to enhance the way we work.”