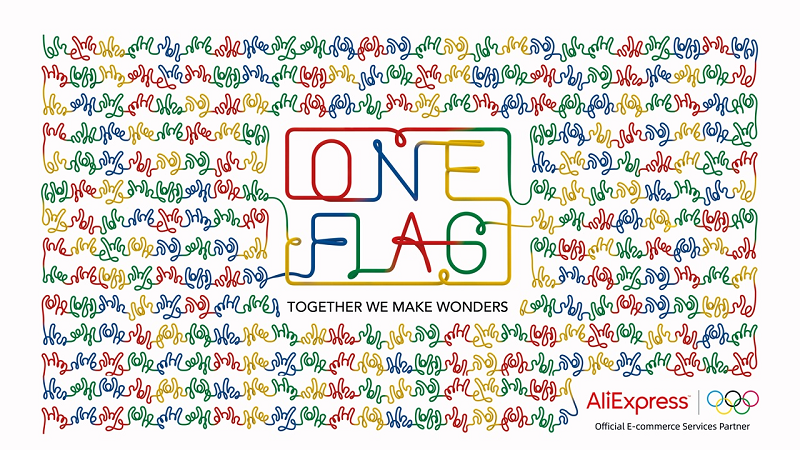 Chinese ecommerce giant AliExpress has launched of ONE FLAG, a global initiative which invites sports fans to submit photos to cheer for athletes during the Olympic Games Tokyo 2020.

The online marketplace, part of Alibaba Group, will transform the digital cheers into a virtual flag, symbolizing the strength and solidarity of a united global community.

“At AliExpress, we’re committed to connecting people through innovative digital experiences, and we are honoured to partner with the IOC to create an engaging and interactive experience that brings people together,” said Christina Lu, Head of Marketing, AliExpress. “In many ways, the Olympic Games Tokyo 2020 will be a completely new experience for athletes and fans due to the pandemic. With fans unable to cheer from the side-lines during these unprecedented times, our ONE FLAG initiative fosters togetherness among millions of people who will be watching the Olympic Games at home this year to show support to the Olympic Games and athletes.”

To participate, fans are invited to upload a photo of them cheering for the Olympic Games to the AliExpress ONE FLAG website.

Each submitted photo will generate a digital thread on the website, which will be used to compose a colourful virtual flag to signify the spirit of “stronger together.” Fans will also receive a virtual certificate to share on social media. Symbolizing resilience and hope, the digital flag will be updated in real-time on the website as fans continue to participate and submit photos throughout Tokyo 2020.

“As we look to engage our fans around the world, we’re delighted to see AliExpress launch a digital experience to cheer for athletes and build excitement ahead of the Olympic Games,” said Timo Lumme, Managing Director of the International Olympic Committee, Television and Marketing Services.

Yuto Horigome, a Japanese skateboarder who is currently ranked 2nd on the World Skateboarding Rankings, will be among the first athletes to participate in the ONE FLAG initiative to call for worldwide support for Olympic Games Tokyo 2020 and athletes.