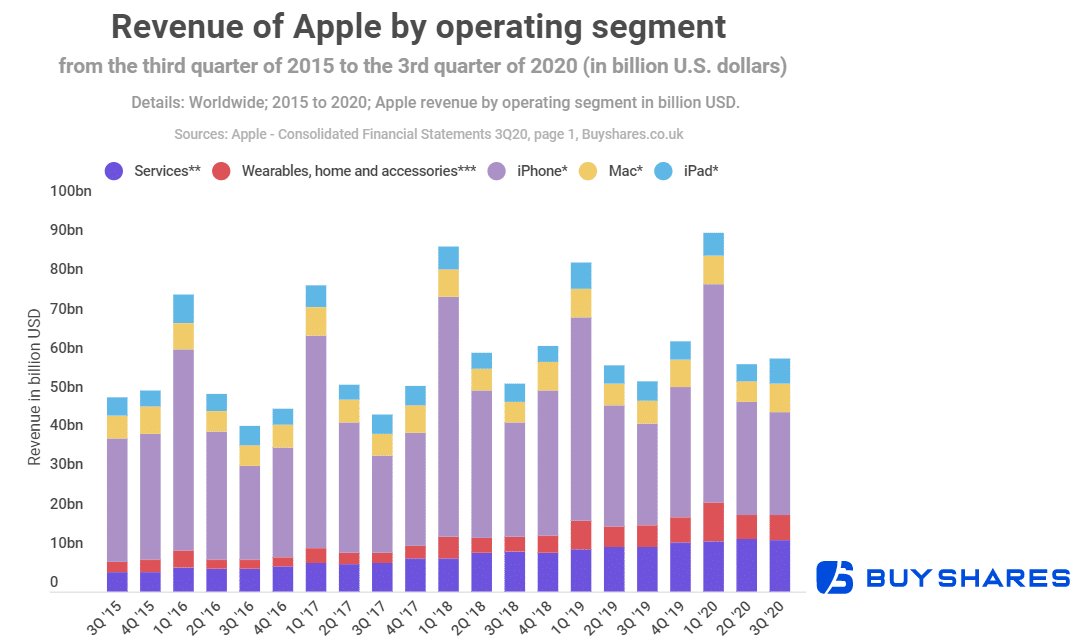 The segment registered a slight drop of 1.86% between the fourth quarter of 2018 and the first quarter of last year. On the other hand, Apple’s iPhone segment recorded a negative growth declining by 15.77% during the same period. In the third quarter of 2015, the revenue was $31.37 billion while currently, it stands at $26.42 billion.

Apple’s 2020’ results are viewed positively considering the circumstances. According to the research report:

"Notably, Apple’s revenue from other segments was projected to drop in the second and third quarters of this year after retail stores were closed due to the coronavirus pandemic. CEO Tim Cook is on record acknowledging that the company was hit by the pandemic but users now rely on Apple products to stay connected, informed, creative, and productive."

The company is set to reopen retail stores in areas that are flattening the Covid-19 curve.