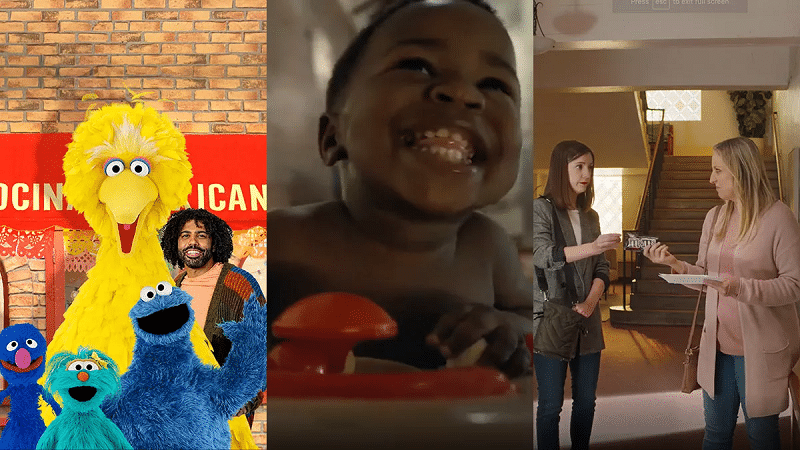 As the Tampa Bay Buccaneers and the Kansas City Chiefs battled it out to win the coveted Super Bowl trophy this month System1, the global experts in advertising effectiveness, were busy finding the winner of the most effective ad in the coveted half-time break.

As we saw the sport try to carry on as normal we were reminded we are in a world that’s still anything but – a big spectacle but with barely a crowd. An audience watching alone and on Zoom, not at parties and family gatherings. The analysis reflected this – with only 1 brand achieving a 5-Star scoring ad. It was a more conservative celebration, with no technical spectaculars or inspirational storytelling, and instead, more jovial and fun small-scale ads with subtle shifts towards technology, the comforts of home, celebrities and escapism.

With a whopping 5.4 star ranking, Huggies, “We Got You, Baby” was the most engaging ad this year, a typical ad for the diaper category but in a very untypical place – the Kimberly-Clark brand is the first diaper brand to ever run a Super Bowl ad spot. The commercial made full use of adorable babies in a light-hearted montage welcoming newcomers to the world. After a year marked by loss on a massive scale, it was a welcome reminder for viewers that life does go on.

Why did it engage so well?

The Huggies ad does ‘traditional’ very well – a theme that was seen across the ranked top 10. Brands took fewer risks and for good reason: in the year of COVID-19, budgets were cut and severe restrictions were placed on filming. System1 saw a reflection of the turbulent environment with more low-key concepts – and it proved effective judgement in the audience response.

Only two brands from System1’s 2020 Top 10 scored 4-stars again in 2021: T-Mobile, which showed Anthony Anderson and his mom squaring off on the field; and Cheetos, starring Shaggy and riffing on his 2001 megahit ’It Wasn’t Me’. Both are direct follow-ups to their successful ads from last year where Anthony and his mom were stars of T-Mobile and Cheetos employed MC Hammer to reprise a nostalgic hit.

This isn’t a lack of creativity – it’s strategic. System1’s Christmas advertising rankings showed clearly that familiarity and nostalgia prevailed. Here, the repeat success shows the power of a good idea and how many have the potential to become fluent devices, the name for characters or scenarios which return again and again to power the narrative of their ads. For example, in second place this year we saw the return of the familiar M&Ms characters, who have a positive track-record in these spots. Back this year with a tongue-in-cheek montage ad, the spot features Schitt’s Creek’s Dan Levy and others apologising using candy.

Dan Levy wasn’t the only celebrity to feature in this year’s best ads – 8 out of 10 of the highest-scoring spots used a celebrity, continuing a trend from the last few years of using famous faces to grab the audience’s attention. Third-place went to delivery firm Doordash, whose ad starred rapper Daveed Diggs but, with all respect to Diggs, its biggest draw was a non-human celebrity, Sesame Street star Big Bird. The spot featured a modernised rap version of “In The Neighborhood”, showing that cultural references, which grab the attention of our connection-making right-brain, remain a powerful way to make audiences feel good.

What didn’t we see?

In stark contrast to the ads of last year, we didn’t see masks or Zoom calls featured. The only advertiser to try and really address America’s divisions was Jeep with their 2 minute Springsteen epic “The Middle.” Landing just 1 star, it was clear the brand hugely misjudged what would engage, especially given their highly impressive 5 Star success in 2020.

We saw a highly inclusive variety of ads but with no wider political context imposed which proved to be the right decisions made by advertisers. As Christmas advertising this year showed, there are definite limits on how much audiences appreciate advertisers being topical, more so now than ever. Ads that explicitly mentioned Covid-19 consistently performed worse than the same Ads from the previous Christmas which offered a bit of fun and escapism.

However, System1 did see reflections of the changed world in more subtle ways. The only ‘serious’ ad in the Top 10 was for job-hunting app Indeed, which offered hope at a time when unemployment figures and economic anxiety are high owing to the pandemic. Another 4-Star ad, from mortgage firm Rocket Loans, deployed humour and celebrities Dave Bautista and Tracy Morgan to support its message reinforcing the need for financial caution.

Jon Evans, Chief Marketing Officer at System1, said: “We’ve seen an interesting shift this year with advertisers looking to engage the audience but also playing it rather safe which was probably the right thing to do. It was a more conservative celebration, with no technical spectaculars or inspirational storytelling, but was still inclusive and positive and avoided the elephant in the room: Covid. What the ads lacked in big budgets and spectacle was made up for in sentiment and humour though. Huggies, the only 5-star ad of the night, remained true to its values whilst nodding at the hope and joy we can still experience during the darkest of times – new life.

“The Top 10 looked very different to last year with only 2 advertisers (T-mobile & Cheetos) maintaining a top 10 spot and both stuck with familiar creative ideas proving the value of consistency. Creating familiar characters, or fluent devices as we call them, is a guaranteed way to deliver effectiveness and perhaps no-one demonstrated that better than M&M’s who came in at number two.”

“The other big trend, perhaps unsurprisingly, was the rise of adverts from tech brands as we saw 6 of the Top 10 featuring tech compared to only 2 last year. This demonstrates the acceleration of many tech platforms but also how these companies are embracing brand building on the biggest stage of them all.”

System1 Group’s star rating system rates ads from 1-5.9 Stars based on people’s emotional response to each ad. These stars predict an ad’s potential to contribute to long-term growth for the brand.

Measuring the emotions that each ad generated, System1 Group’s unique and predictive behavioural methodology surveyed 11,400 people across the country in real time to determine how viewers responded to each commercial. Drawing on Paul Ekman’s research into the seven core human emotions — fear, disgust, anger, surprise, contempt, sadness, and happiness — System1 Group asked respondents to choose which emotion the ad triggered in them and how strongly they felt it.

Utilising the company’s benchmark star rating system (from 1-5.9 with 5.9 being the highest), the ads were each awarded a score to demonstrate their potential impact on market share growth.