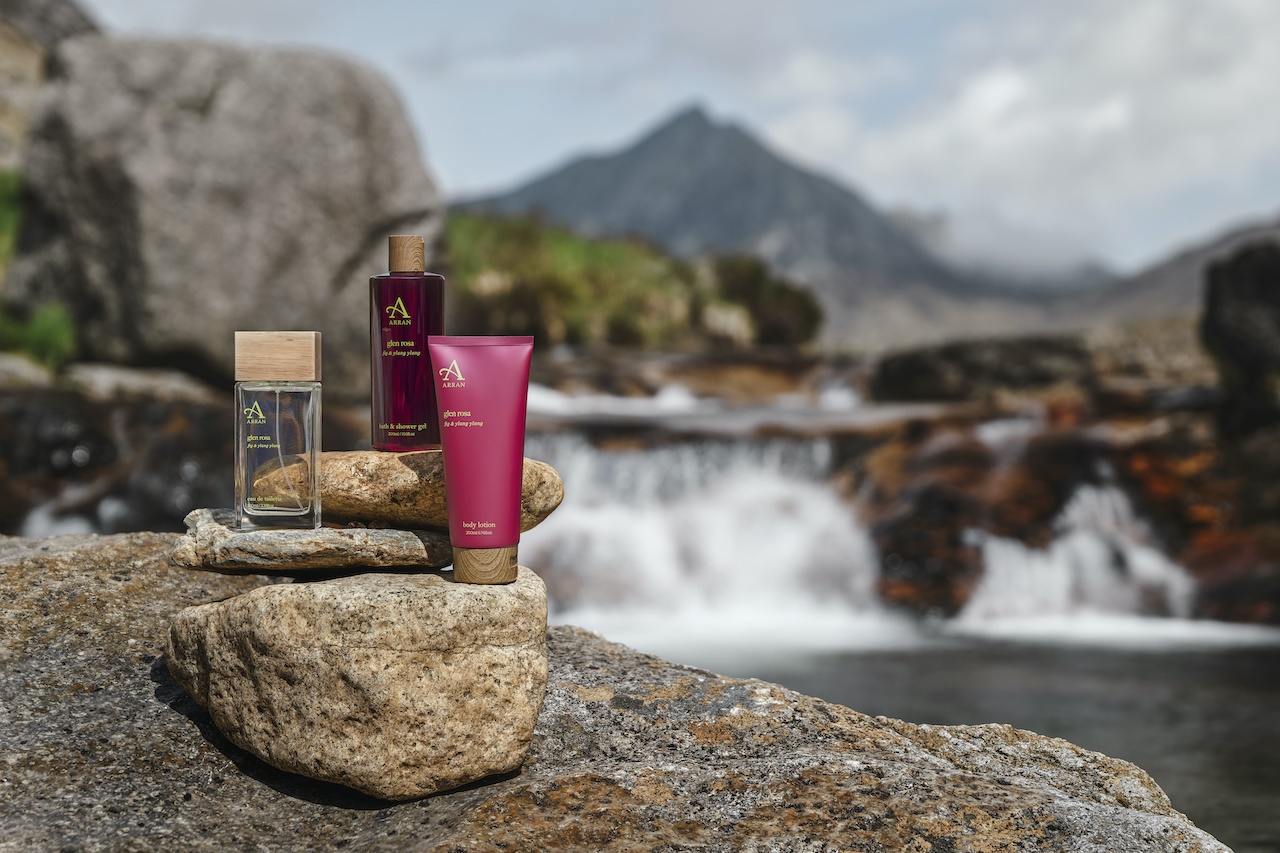 The brand’s biggest investment to date features TV and radio advertisements, the first ever to be filmed on the Isle of Arran, and will be supported with new photography and digital content captured at key locations across the island that inspired the brand’s collections.

The campaign message is one of reconnecting with nature, using guided meditation techniques to highlight the importance of looking after both physical and emotional wellbeing. It aims to tie in with and communicate the brand’s newly created brand purpose ‘to help people create meaningful connections with nature,” which was a driving force behind record sales during the pandemic.

ARRAN Sense of Scotland engaged Edinburgh-based boutique creative agency, PUNK, to create and implement the creative direction and content strategy that it hopes will heighten brand awareness across key channels and appeal to the brand’s target audience.

Sean Mulholland, Creative Director at PUNK explains more about the idea behind the campaign:

“Arran is a place of incredible natural beauty, so we wanted to hero the island as a way to tap into the brand’s real connection with nature and promote the associated benefits to wellbeing.

“Our starting point was the insight that now, more than ever, people are craving travel and a sense of escape. We instinctively felt we needed a campaign that could somehow “transport” consumers to the Isle of Arran.

“Running across TV, radio and digital, our creative idea asks audiences to ‘Reconnect with Nature’ and positions ARRAN Sense of Scotland products as being good for the soul. They transport you to a calmer, more tranquil moment in time.

“ARRAN Sense of Scotland as a brand has wellness at its heart, inspired by the calming, tranquil nature of the Isle of Arran. So, instead of telling viewers this, our campaign aims to make viewers feel this through taking them on an evocative journey using a mix of sounds and a surprising visual approach.

“The TV and radio ads both incorporate the soothing sounds of waves lapping on an Arran shore, with an accompanying voice over that is inspired by and rooted in meditative practices. We wanted both viewers and listeners to take a deep breath, take a moment out of their lives and experience the restorative power of nature as fully as they can without visiting the island.”

The new campaign comes off the back of an exceptional sales year for ARRAN Sense of Scotland, which resulted in a 95% growth in new customers.

Claire Logan, Head of Digital & Ecommerce, said: “The brief for this campaign was to reinforce our new identity among key customers, while also emphasising the importance of taking time out to focus on personal wellbeing.

“As the world begins to open up there is a real sense of not wanting to fully return to the ‘busyness’ of life pre-pandemic. We hope that just for a moment people will stop, listen and breathe and in a small way feel a sense of letting go as they would if they were sat on a deserted beach listening to the sounds of the waves.”

Film and photography content for the #ReconnectWithNature campaign was captured over a week in May at key locations that ARRAN Sense of Scotland’s collections are named after.

These include: Glen Iorsa, Glenashdale, Glen Rosa, Machrie and Lochranza.

Claire continued: “The campaign stays true to our central values of quality products, lovingly made, infused with the history and heritage of our family and island home and of course ensuring we remain true to the fact that we are still very much aligned with and inspired by nature. We hope our customers enjoy it as much as we have enjoyed creating it.”

ARRAN Sense of Scotland is a 33-year-old family business, with family members still involved to this day. All its products, including bath and body ranges, skin care, fragrances and scented candles are still made and hand-finished in Scotland, before being sold in more than 30 countries. Its products are proudly made on the Isle of Arran at the company’s Home Farm factory – an old dairy farm near the historic Brodick Castle.
Find out more at http://arran.com.