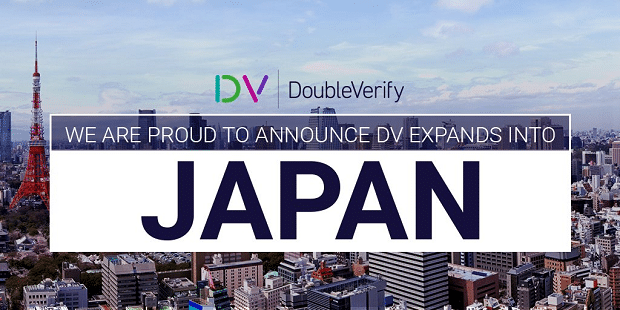 Digital measurement platform DoubleVerify has opened an office in Japan and has appointed former Director at Google in Japan, Takashi Takeda, to head up its business operations.

Takeda is charged with setting up DV’s operations in Japan, and building relationships with brands, agencies and media platforms. He will bring DV’s sophisticated ad verification tools to the Japanese market.

A 30-year media industry executive, Takeda was formerly a director at Google in Japan, heading its Creative Solutions and Partnerships business unit. Takeda is a well-known thought leader in the industry, who has successfully pioneered and grown a number of advertising companies in the region. He was also the former President and CEO of DDB Japan, and previously worked for JWT and Saatchi & Saatchi.

“Brand advertisers in Japan have yet to fully enjoy the benefits of data-driven marketing,” said Takeda. “While Internet advertising in Japan has recently overtaken television, programmatic advertising technology remains under-deployed. The marketing funnel continues to be highly complex – marked by low transparency, and the industry needs a definitive standard of ad effectiveness. My goal is to help the Japanese market achieve the clarity and confidence essential for growth, by extending DV’s services in the region.”

“DoubleVerify is thrilled to add Takeda to its leadership team and leverage his deep experience and knowledge of digital advertising and media dynamics in the region,” said Jordan Khoo, APAC Managing Director, DoubleVerify. “His appointment demonstrates DV’s serious commitment to the Japanese market.”

Takeda will be based in DV’s Japan office.