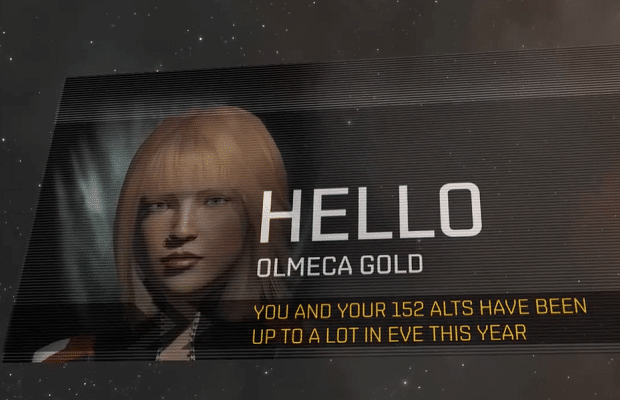 The innovative developers have leveraged Idomoo’s personalised video to create a communal excitement – beating industry metrics along the way.

EVE Online is a space-based, massive multiplayer, online role-playing game that was first released in 2003. More than 17 years later, the game is still thriving due to the size and scale of adventure available to players, with dozens of in-game professions to master and more than 7,800 star systems to explore. This immense scale means every player’s experience is truly unique.

To reflect this, CCP turned to Idomoo to create personalised “Your Year In EVE” videos. EVE Online players were greeted with a personalised video that reflected their unique adventures, playstyle and overall experience.

Fans of PvP (Competitive Player vs Player) would see where they ranked, who their favourite victims were and who became their nemeses—while fans of Industry gameplay would see their Trading Market performance, and their highlight sales of the year.

Players each received a personalised email with a subject line stating their main character’s name and “Your Year in EVE” that directed them to their customised video landing page. The landing page included a clickable thumbnail of their video, plus call-to-action buttons for downloading and social sharing. Simply clicking on those buttons enabled players to share their videos via Facebook, Twitter, or VK, the Russian social media site.

CCP’s campaign was a resounding success. Using its Personalized Video as a Service (PVaaS™), Idomoo was able dynamically transform 30+ data points from EVE Online’s player base of over 3 million, and render these into over 215,000 videos in the space of a few hours.

The campaign demonstrated galactic results. Compared to gaming industry standards, the EVE Online personalised videos had an almost double view rate, more than triple open rate, seven times the CTR, and more than double CTOR. They also had a 78% completion rate, which is higher than the industry average of 73%. These analytics show significant engagement with the material, which is intrinsically linked to increased loyalty and retention.

To learn more about Idomoo’s personalised video platform and how it can help your business increase engagement, loyalty and retention, click here.

“As players in a fast-moving, competitive market with a community who expect digital perfection, we are very impressed with Idomoo’s agility under a significant time pressure and their ability to get their product to market so quickly,” says Sæmi Hermannsson, CCP’s Brand Director on EVE Online.

“We are looking forward to future collaborations, where we hope to explore personalized video use cases, expand the use case audience based on additional criteria, and make use of Idomoo’s PVaaS™ Platform for other campaigns.”

Yotam Benami, Chief Marketing Officer at Idomoo, added “EVE Online has achieved its iconic status because it offers what few games can: freedom at scale. Players are empowered to explore, trade and battle as they see fit. No two players have the same experience—and we were delighted to be able to reflect the individuality through our personalised video platform.”