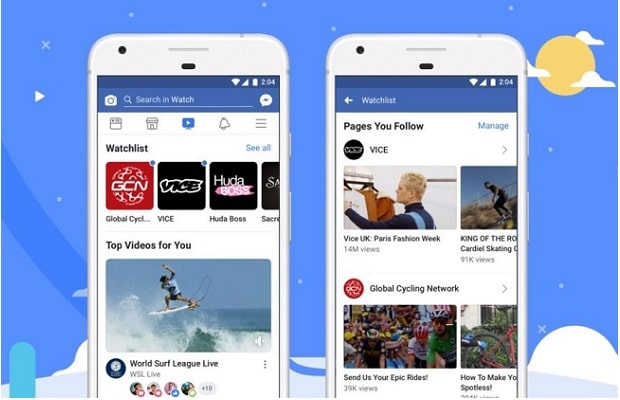 Facebook has launched its much-anticipated video streaming platform ‘Facebook Watch’ worldwide, after an initial launch in the US last year.

The roll-out of Watch comes as Facebook is developing a talent show feature for its app, which would allow users to pick a pop song and submit a recording for review.

Although the company has not commented on whether the services will be integrated, a music competition based on Facebook could be among the ways in which the company could attempt to make the most of its 2.2 billion users to contribute to its offerings on Watch.

English-speaking audiences in the US and UK will join those from the Republic of Ireland, Australia and New Zealand to monetise their video content.

The would-be broadcasters need to meet Facebook’s standards before they can include advertising breaks, however.

To sign up for the “Ad Breaks” service, content creators will need 10,000 followers or to generate more than 30,000 one-minute views per month – and Facebook will collect 45% of all of the revenues generated by these advertisements.

Market analysts have suggested that the revenues from video advertisements could contribute substantially to Facebook’s income.

Although Google-owned YouTube is a subsidiary of Google and does not report separate revenues, analysts have estimated it brings in several billion a year.

Commenting on the launch, Josh Krichefski, CEO at MediaCom, said: “Video is to be an integral part of any brand and social media platforms’ arsenal, and Facebook Watch’s launch is further evidence of just how far companies are pushing live and on-demand video – particularly longer-form content. Alongside Snapchat and Instagram’s recent foray into video with IGTV, Facebook’s Watch will now compete for the audience’s attention and look to grab a slice of this increasingly iced cake. The industry’s shift towards long-form video has elevated over the past year, as Facebook refocuses its strategy to pull users back and keep them engaged. Partnering with Eleven Sports to stream weekly La Liga and Serie A football matches for free is another example of this, and a recognition of audiences’ desire for video on-the-go, on-demand and live video.

“All of this comes down to more devices and more platforms on which to view content – and explains why online video in the UK expected to account for nearly 40% of all video ad spend. Watch is not only Facebook’s response to YouTube, but it will see the social media firm compete for attention against traditional TV channels as well as online outlets such as Sky’s NowTV, Netflix and BBC iPlayer. Short video content still has a place in advertising, but platforms such as Watch will give brands and influencers more creative license to leave a lasting impression, as long as they are creating compelling content. Facebook’s push on active “conversations” with fellow fans should encourage a sense of community perhaps missing from other big players.”

Kirsty Brice, Director, EMEA Marketing, 4C Insights a marketing technology company, said: “This is the leap advertisers have been waiting for. It’s been on the cards for some time with the Premier League deal Facebook signed earlier this summer, and at the start of the season it’s the perfect time to roll out the platform for users.

Facebook has been going from strength to strength in recent months, with ad spend up 26% Year-on-Year in our latest report. New developments like Story Ads continue to draw advertisers to the platform and any fallout from Cambridge Analytica was not apparent in our data.

It’s also an interesting move in the wider context of platforms such as Amazon colluding broadcast entertainment with social and ecommerce. It’s important for advertisers to remember that while each platform appears to be closing the loop on audiences, the reality is that we now live in the age of the consumer. Prospects can happily switch from Facebook to Snapchat and then Amazon, changing device as they go.

Multi-screen viewing is the new reality. While marketers have started to adopt cross-channel campaigns, to truly market the way that consumers consume, they must master a platform agnostic, audience-centric approach.”