Global digital use trends: Brits lead US and Europe but distrust grows 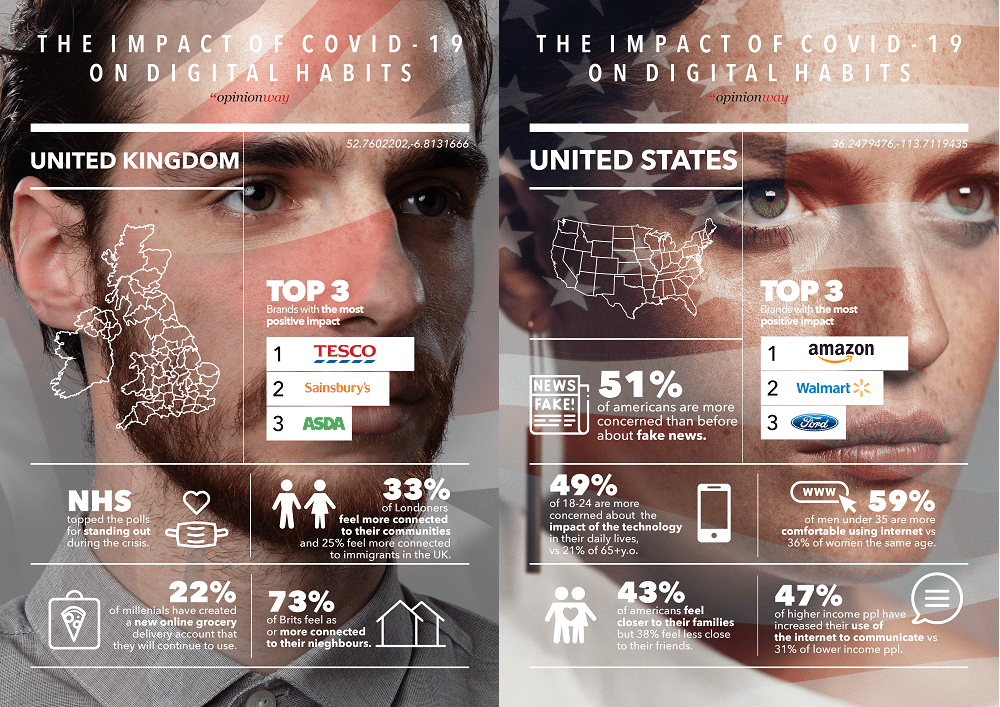 Britain is leading digital acceleration in terms of adopting new technology, but the fear of fake news has increased, according to new research.

Agency JIN, along with research company, OpinionWay, conducted a survey with 4,000+ respondents to measure people’s attitudes and behaviours during COVID-19 in the UK, France, Germany and the US.

With a significant 60% of British people following the news more regularly, it is expected that there is more concern about the spread of fake news. Gen Z saw a higher percentage concerned about fake news, which may be due to the fact that they understand how easy it is to spread false information. This could be due to the notion that Millennials and Gen Z are more cautious about the spread of propaganda by the mass media as many use social media as a source of information.

Whilst the countries have widely adopted digital tools to follow the news and stay in touch, there was an increase in concerns about fake news, privacy and the impact of technology in our daily lives. Fake news is a vastly growing concern in all 4 countries, particularly in Germany, UK and US where people declared to be are more concerned about it than before. This could be because people realise the dangers of misinformation around COVID-19. Global health experts wrote an open letter addressed to Facebook, Twitter, and Google to warn about the viral misinformation on social media threatening lives around the world.

Increased use of digital across generations

Britain is leading in terms of digital acceleration as internet use across generations has increased since the crisis. Similarly, to the US, the UK also saw a large rise in the use of video conferencing across generations. In Britain, 19% of those aged 65+ are using video conferencing, whereas in only 11% France and 5% in Germany are doing the same. In fact, Britain’s had a higher portion of baby boomers adopting digital for online grocery delivery and food delivery, as on average 17% were using online means for this, whereas only 8% of the same in France. This could highlight that Britain’s population is more tech-savvy across generations in comparison to France and Germany. 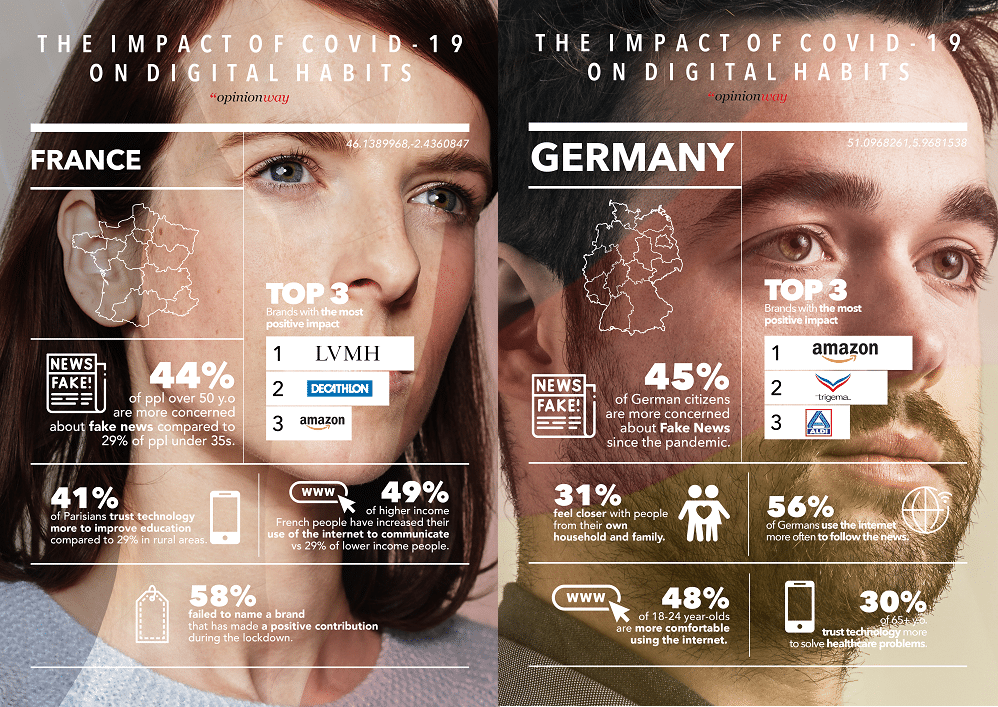 Global trend: Amazon stands out but UK values supermarkets during the crisis

Whilst all the countries listed Amazon in their Top 3 standout brands, Brits valued the efforts of the British supermarket chains during the crisis. Brands that displayed empathy and support towards the wider society were viewed more favourably. All 3 supermarket brands had initiatives to support the community, which may have contributed to people feeling more connected to the community. The supermarket chains in Britain came together to draw ‘feed the nation’ contingency plans to help cope with the spike in panic buying.

Has the crisis increased the trust in governmental institutions?