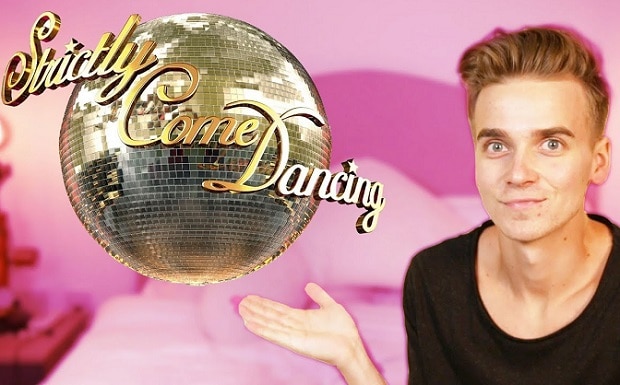 Influencer marketing has become big business in recent years, particularly in reaching a younger audience, but one YouTuber looks set to bridge the demographic divide by taking part in primetime TV show ‘Strictly’ on the BBC.

With the nation’s favourite dancing competition waltzing back onto our screen this Saturday, attention is now “strictly” on the contestants and who the frontrunners might be for the show.

Joe Sugg, YouTuber and social media influencer, has generated a lot of pre-competition buzz. While Sugg may not be known by the show’s regular audience, his connection with a younger demographic, who will surely follow his journey on the show, makes his appearance a real coup for the BBC.

Going by the name ThatcherJoe on YouTube, Sugg has a legion of over 25 million fans on social media.

The popular vlogger and author will be putting on his dancing shoes and hitting the floor when the series returns to BBC One later this year.

He said: “I’m honestly so chuffed to be involved in the show this year! Not going to lie, I’m very nervous about it, it’s totally out of my comfort zone and I know it will be a huge challenge but that’s what life is all about I guess.

“Funnily enough I’m writing this statement whilst on the way to surprise my grandparents with the news. They are going to be so happy which will definitely make up for any embarrassment or cringe caused by my questionable rhythm.”

“Recruiting Youtuber Joe Sugg for this year’s Strictly Come Dancing is a real coup for the BBC. It is a great example of a brand working with influencers in an authentic way that will really grow their audience,” said Velasco.

“Joe Sugg, who has over 8 million subscribers on YouTube and 5.6 million Instagram followers, will attract a young audience to a show renowned for appealing to older generations. While some lament Sugg’s lack of “celebrity” status, landing a major online influencer is a genius investment in the future of the show.

“Our research shows that collaborating with influencers can bring huge increases in engagement on social media. For accounts with between 250,000 and 1 million followers (@bbcstrictly has around 680,000) a single post featuring an influencer with over 1 million followers can a bring potential increase in engagement of more than 1000%. The young, social-focused audience that Sugg will bring to the show makes this increase even more likely.

“Strictly Come Dancing have already made their marketing move by recruiting one of the UK’s most well-known social media influencers. They would be wise to take advantage of this with their social media marketing during the show. With access to Sugg’s millions of engaged followers, the BBC will see huge potential for increased engagement with younger audiences.

“For a legacy entertainment brand often chastised for not being “down with the kids”, the BBC have done well to make such a forward-thinking move. Will other broadcasters and reality shows now follow suit?”