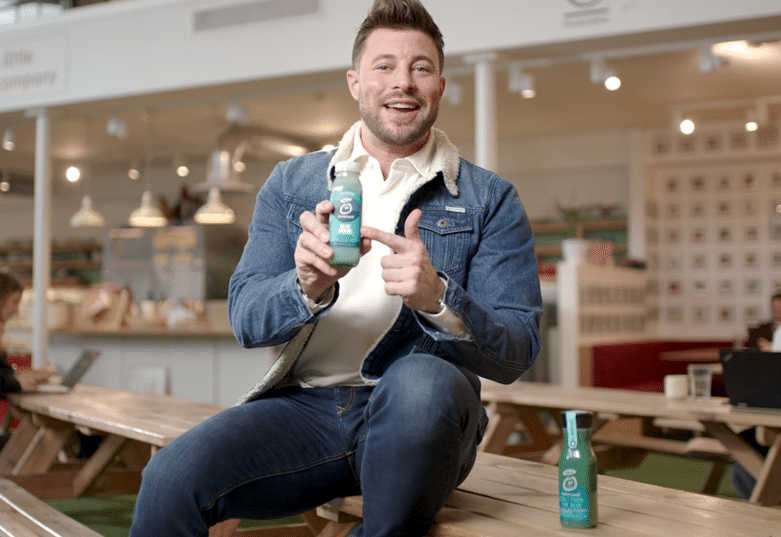 The tongue-in-cheek ad, which has launched on innocent’s Instagram and Twitter pages, sees Duncan return as the brands ‘blue expert’ to help settle the debate for those struggling to tell innocent’s blue juice and smoothie apart.

In innocent’s tongue-in-cheek humour, the ad plays on the ongoing debate and sees Duncan also struggle to tell the two drinks apart with the Blue star eventually walking off set and commenting, “this isn’t worth the fifty quid I’m getting paid.”

“They’re more or less exactly the same, and I don’t think either of them are actually blue, they just pay me to say that” says Blue’s Duncan James.

The ad concludes with Duncan’s former bandmate, Lee Ryan, making a surprise appearance and putting an end to the controversy in one take stating “innocent have gone and done it again and made another blue drink, and this time it’s a smoothie.”

Lee goes on to add: “They’re both really tasty, boosted full of vitamins and really, really blue.” However, like the debate, he isn’t convinced that the drink is not green, finally stating “this one’s actually blue. Is it?”

“Duncan might not be able to tell our two blue drinks apart, but they’re massively different. They’re both blue. They’re both packed full of good stuff like vitamins. And they’re both really blue. But one’s a juice and one’s a smoothie. I can’t remember which is which” says Anna Clare, Head of Digital and Blue Stuff at innocent drinks.