Interview with Chris Evans: the man who created email and online advertising 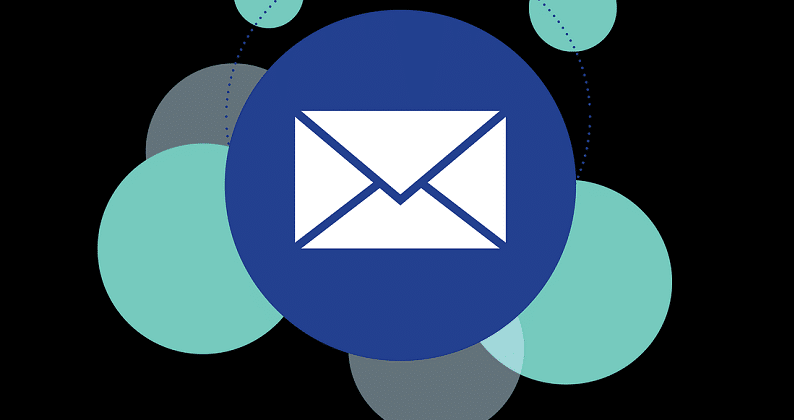 How would you feel if you sold your first company out of college at the age of 28 for a cool $500 million? Chris Evans (no, not Captain America) did just that, by creating the first email system for public use, and monetising online advertising. Chris Evans spoke on podcast the Web Masters, discussing how he got to create these companies.

In September 1996, just after Hurricane Fran had hit the North Carolina coast, sites like GeoCities and AltaVista were getting huge amounts of traffic, and they desperately needed a way to monetise the platforms. Chris Evans came to the rescue, with his company, Accipiter – one of the first online ad management softwares.

Key points in the interview:

The podcast focuses on Chris Evans’ ability to recognise and therefore capitalise on the market opportunity to create Accipiter, before anyone else. The host, Aaron Dinin, explains that it’s no surprise that there are advertisements on the internet: magazines, radio, television and newspapers have used advertisements to generate revenue for centuries.

Chris explains that as a young child, the fifth out of six children, he needed to find his own ‘thing’ as his brothers and sisters had already taken up sports and other entertainment.

“I needed some niche to find myself in. And so I grabbed onto this computer and started playing with it. I was the only one I knew that had a computer up until I moved to North Carolina. I was a part of the first magnet school in North Carolina. And so everyone on the school bus with me were also the only people they knew that had computers. And we had about an hour on the bus each way to argue about the merits of the Apple two versus the TRS-80 in different shapes and all kinds of nerdy things. I’d found my tribe.”

After finding his “tribe”, Evans went on to start his first company, DaVinci Systems, whilst he was a student at North Carolina State University. DaVinci Systems was responsible for launching the first email software for the windows operating system – all before the internet was public.

“So at the time email meant that you were sending email to the person next to you in your office that was also on your same land. And occasionally if you wanted to get fancy, you could talk to another office where it would call it up on a modem every hour and exchange emails between each other and then hang up. And that was state-of-the-art email at the time, but still it was a different way of communicating right, up until then you could call somebody on the phone and you could meet with them as texting really wasn’t a thing at the time, either. So some medium where you could communicate with somebody faster than writing them a letter and in a way that they can collaborate, reply, send all, everything else, sort of sat between the immediacy of a phone call, where they had to be free at the same time you were, and the delay of writing out a memo that you would then circulate around on paper. So it kind of fit in between broadly these two forms of communication that had big drawbacks. So even within an office, it had a lot of interesting productivity.”

At the same time as DaVinci was creating the first email software, Microsoft was having trouble convincing consumers that the Office system would be something that people would use in real offices.

“Microsoft had this windows platform and then most of the programs written for it were like painting programs and coloring and other things that were just not impressive to business. So as soon as we gave them the suggestion that we had something that might eventually become a commercial program, they were already trying to put us on the stage in front of other apps to say, see, we have all these business programs like DaVinci email.”

Due to this, instead of the company having to reach out to expensive clients, they were being actively reached out to for the product.
“We basically started by having all these fortune 500 companies call us and wanting to try and integrate it in their product suites. And, military contractors wanting to add us into bids for the army and the air force and all this other stuff way before we were actually ready to handle those customers.”

“We were one of the first programs ever to be translated into Katakana, Italian, Spanish, Hebrew, Arabic. There were all these versions of DaVinci email that came out in these different countries. And we wound up having to work deals with distributors and travel to these different places to establish relationships. So I was doing all of those things as well. It was difficult not being able to rent a car at first, for example, until you were 21, they really frowned on it. And then they charge you extra until you’re 25, but we just kind of worked it through and nobody really made a big deal out of our age, at least to our faces. So it kind of worked out.”

“My board was saying, we really want to look at this from a trend and figure out what your opportunity is. So I looked at opportunities to say, “okay, maybe I could acquire something, do we buy somebody else, do we sell to somebody else, what are our best options?” And when I looked at it at that point, Accipiter was, we had market presence like anybody needed, right? We had seven of the big customers. We had everyone’s logos. These are all the people using us. We had all of that trust capital sitting out there, but we are still enterprise software. We were never going to sell a billion dollars worth of Accipiter software because you had a few companies who were paying you for it.”

Evans sold the company for $35 million worth in stock to CMGI – CMGI would then go on to be one of the best performing NASDAQ stocks in history over the next couple of years, splitting four times and increasing the overall value of the transaction to more than $500 million.