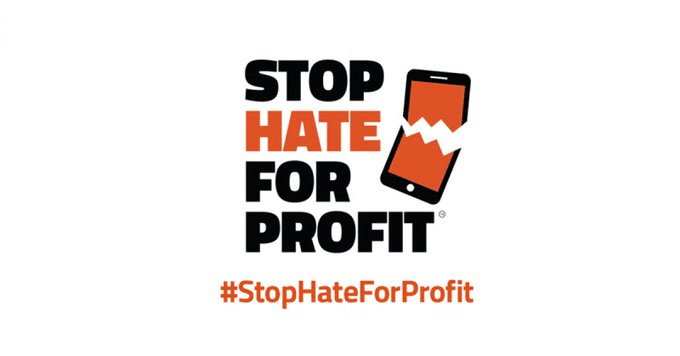 A large number of big brands, including Verizon, Ben & Jerry's and The North Face, have joined a boycott of Facebook advertising, following the social network’s failure to prevent racist and violent information from being shared on its social networking service.

The growing movement, organised by civil rights and other advocacy groups under the rally cry “#StopHateForProfit”, was spurred by last month’s killing of George Floyd by Minneapolis police and has drawn support from companies including Mozilla, movie studio Magnolia Pictures, Rakuten Viber, and the Goodby Silverstein advertising agency.

“We have strict content policies in place and have zero tolerance when they are breached, we take action,” Verizon said in a statement.
“We’re pausing our advertising until Facebook can create an acceptable solution that makes us comfortable.”

Facebook chief executive Mark Zuckerberg has been slammed for choosing not to remove a post from Trump which threatened Black Lives Matter protesters that “when the looting starts, the shooting starts” — a phrase with ties to a pro-segregation presidential candidate.

The groups behind the boycott, which include the National Association for the Advancement of Coloured People and the Anti-Defamation League, last week launched the “#StopHateforProfit” campaign with a newspaper ad.

The advertising boycott extends to other Facebook-owned platforms such as Instagram.

Verizon noted it had previously stopped advertising on other popular online destinations, such as YouTube, when it felt its promotions might appear alongside content inconsistent with its values.

“Our conversations with marketers and civil rights organisations are about how, together, we can be a force for good,” she said.
The boycott could theoretically pinch Facebook’s profits as the company makes most of its money from ads targeted at the interests of its more than 2 billion users.

Key messages from brands are listed below:

We will pause all paid advertising on Facebook and Instagram in the US in support of the #StopHateForProfit campaign. Facebook, Inc. must take the clear and unequivocal actions to stop its platform from being used to spread and amplify racism and hate. >>>https://t.co/7OpxtcbDGg pic.twitter.com/I989Uk9V3h

Patagonia is proud to join the Stop Hate for Profit campaign. We will pull all ads on Facebook and Instagram, effective immediately, through at least the end of July, pending meaningful action from the social media giant.

We need a break @facebook. Effective immediately, we will be halting our global advertising with @Facebook & @Instagram until at least the end of July in support of the #stophateforprofit campaign & donating those dollars towards building more inclusive outdoors.

Companies must take a clear stand on recent issues and draw the line.#StopHateForProfit

We will join #StopHate4Profit and stop posting on @Facebook for the month of July. We are taking this action to protest the platform’s irresponsible propagation of hate speech, racism, and misleading voter information. We encourage clients and our own people to join us.