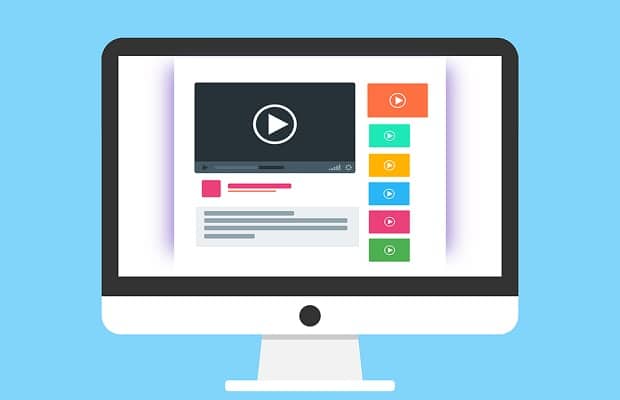 Driven by the rise in popularity of people watching online video, advertisers spent more on video ads than banner ads for the first ever time – according to the latest Internet Advertising Bureau UK / PwC Digital Adspend report.

In the first half of 2017, advertisers spent £699 million on video ads – a 46% year-on-year rise – whilst spend on banner ads increased by just under 2% to £685 million. Video is the fastest-growing ad format and now accounts for 35% of all spend going on display advertising.

The time people spend watching short video clips appears to have almost trebled over the last three years (Sept 2014 to Sept 2017): from 51 minutes to 2 hrs 21 minutes per week, according to YouGov data¹.

Within video advertising, spend on outstream2/social in-feed nearly doubled and is now the most popular format, accounting for 52% of video spend (£363 million), overtaking pre-and post-roll ads which account for 44% (£309 million).

Dave Counsell, Digital Trading Director, the7stars, said: “There’s no doubt that video is digital’s most important and powerful format. Growth in online consumption, improvements in measurement, quality of placements, targeting and creativity are now available alongside its unrivalled effectiveness. It’s an extremely exciting time to witness the strong results video is providing for advertisers.” 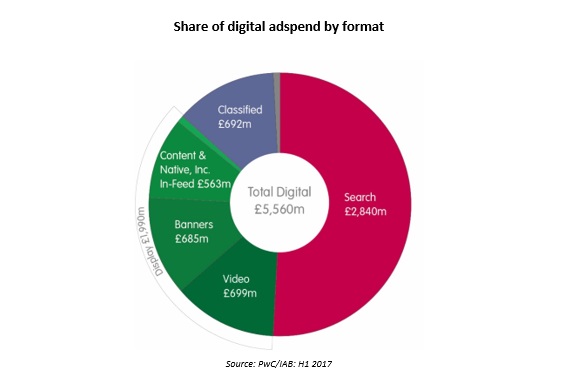 With half of UK internet time now being spent on smartphones3, mobile’s share of digital ad spend has risen from 35% to 43%, or £2.37 billion. Mobile’s year-on-year growth was 38% and now accounts for 57% of all display ad spend, 70% of video spend and 83% of social media spend. 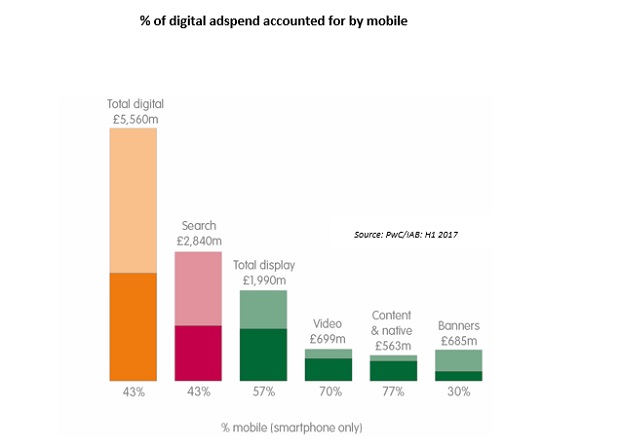 Mew concludes, “Historically, growth has been the major and constant theme about digital ad spend. However, that’s only one indicator of the industry’s success, and as the IAB UK enters its 21st year, it’s about shifting focus to initiatives that will ensure the long-term sustainable health of the industry as it enters adulthood, and provide advertisers with the best possible environment.”