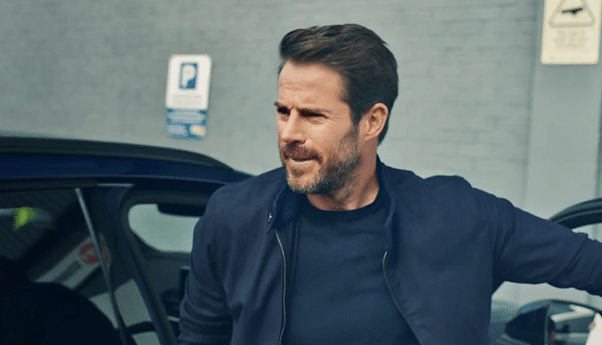 In heycar’s first TV partnership, the challenger automotive brand aims to drive consideration among its audiences and accelerate its market position across similarly uplifting programming on Sky channels. This includes the likes of A League of Their Own and Friends.

The TVCs will run across linear TV, VOD and Sky AdVance. It launches today and will run until 14 December 2020.

Through its first TV partnership, the challenger automotive brand aims to drive consideration among its audiences and accelerate its market position by showcasing its feelgood creative content across similarly uplifting programming on Sky channels, including A League of Their Own, Russell Howard, and old favourites such as Friends.

The ads, created by Sky Media’s production team, see sporting legend and down-to-earth Dad, Jamie Redknapp, feature as the hero of the campaign. The two ads represent a day in the life of Jamie, made that much better by the positive experience of a heycar car purchase, as he travels to Sky Studios as part of his work on shows like A League of Their Own.

The campaign will drive contextual reach and frequency amongst heycar’s audience to create greater awareness and consideration of the brand. Part of the driving force which inspired Sky Media’s response to heycar’s brief is Thinkbox’s need states – specifically tapping into its target audience’s needs to ‘indulge’, ‘experience’, and seek ‘comfort’, heycar hopes to capture their attention in contextually feelgood viewing environments. Since launching in July 2019, heycar has seen TV advertising as an obvious and fitting choice to reach its audiences with, but have now sought out Sky Media to be the partner for its first TV partnership to deliver deeper engagement.

Tracy Woods, Marketing Director at heycar, said, “We’re utterly thrilled to unveil our feel-good programming partnership with Sky Media. Jamie really brings to life what makes buying a car with heycar such a unique and rewarding experience in high quality content that allows us to align closely with our target audience. Being such a familiar and much-loved face across Sky’s premier, feelgood shows such as Redknapp’s Home Fixtures and Sky Sports Super Sunday, makes him the perfect fit for our message.”

Sarah Jones, Director of Planning at Sky Media, commented, “For innovative disruptor brands like heycar, it’s important for us to cut through and connect them to audiences in a relevant and engaging way. Jamie Redknapp epitomises the feelgood factor and our audiences love him, so it was a no brainer to involve him in this exciting heycar campaign. It’s without a doubt that his fun persona will perfectly amplify the brand warmth that heycar wants and stands for.”

The two TVCs will run across linear TV, VOD and Sky AdVance. The heycar campaign was created by Sky Media and brokered by Omnicom Media Group’s PHD. It launches today and will run until 14 December 2020.