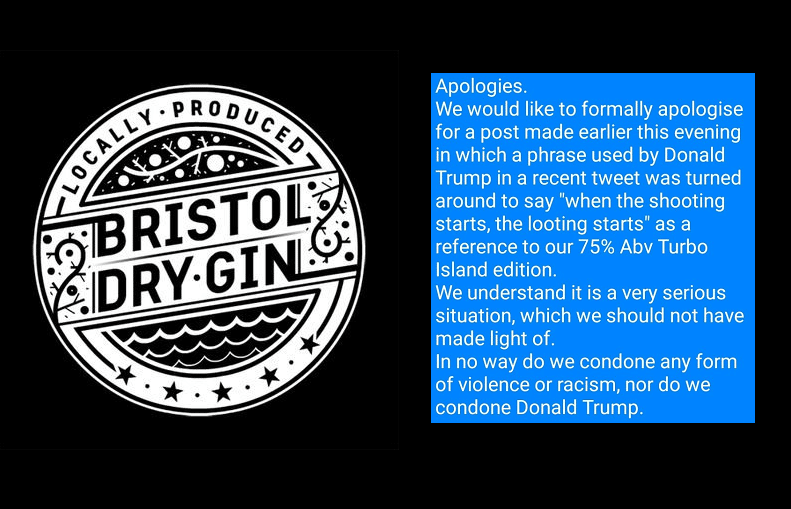 Bristol Gin has faced a social media backlash after it tweeted that rioters favoured its gin due to its flammability.

The now deleted tweet from the gin distillery, read: ‘When the shooting starts the looting starts. Voted No.1 gin by rioters for its complex botanical mix and high flammability.’

An image of a flaming gin shot and two gin bottles, one with a rag hanging from the neck like a Molotov cocktail, accompanied the tweet.

The company said it was ‘just poking a little fun’ at US President Donald Trump when it put out the post on both its Facebook and Twitter accounts. 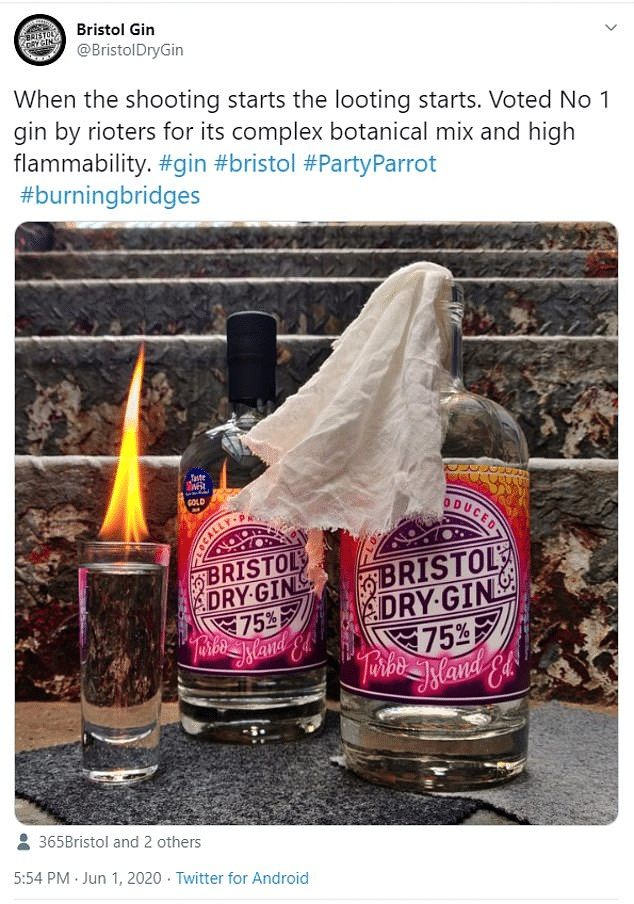 With many US cities seeing unprecedented protests following the death of George Floyd in Minneapolis, President Trump tweeted the words of Miami police chief Walter Headley, who warned in 1967: ‘when the looting starts, the shooting starts’.

That tweet from Donald Trump brought widespread criticism, although he later went on Twitter again to deny it was a threat.

Bristol Dry Gin posted its message on both Twitter and Facebook early on Monday evening, and it prompted a quick backlash as the tweet went viral.

BBC breakfast TV presenter Dan Walker was one of the more high profile critics – he described it as a ‘pretty vile tweet’.

Bristol Dry Gin Company engaged with a few of the people reacting to the post on Facebook, and joked that they were ‘gonna have to fire’ the social media person ‘again’.

In response to one social media user’s comment that it was ‘how not to market a product’, the company commented: “Can’t argue with that. Fully agree. Gonna have to fire the social media person again. We told her that she should have gone with the coronavirus joke, but she said this was less offensive.”

As a result, the firm issued a formal apology on Twitter.