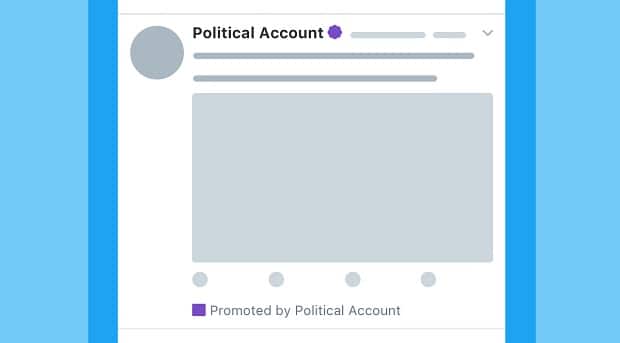 Twitter has promised to make the funding of advertising on its social network more transparent as it faces proposed new regulations.

In a blog post, the firm said it would be clearer about who funded ads and to what end, especially those pushing a political agenda.

A new Honest Ads Act, proposed by US senators, aims to regulate ad sales on social networks, search engines, websites or apps that have more than 50 million US visitors each month for the majority of months in a year.

The rules would bring it closer in line with restrictions and disclosures required when placing political messages on TV or radio stations.

In a statement, Bruce Falck GM Revenue Product and Engineering, Twitter, said: “People can also report inappropriate ads or give negative feedback (i.e. “I don’t like this ad”) for every ad running on Twitter, whether the ad targets you or not. This feedback will help us more quickly remove inappropriate ads from Twitter, and show you more relevant ads in your timeline.”