Xiaomi teams up with Marvel Studios for Black Widow campaign 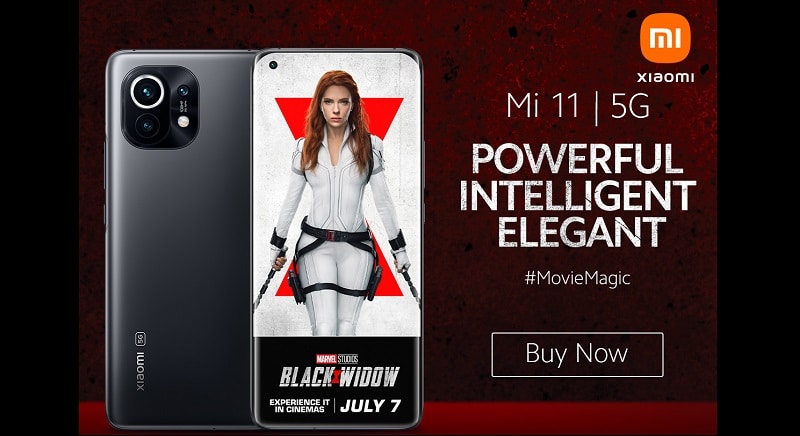 Technology giant Xiaomi has teamed up with Marvel Studios with a cross-promotional campaign for the upcoming film Black Widow, coming to cinemas and Disney+ users with premier access on Friday July 9.

Xiaomi will be running a multi-channel co-branded marketing campaign celebrating the new film and showcasing the key cinematic features of the flagship Mi 11 mobile device.

The campaign, developed by Xiaomi in collaboration with Marvel Studios, will feature OOH, digital and social creative content and will run across seven European countries in the lead-up to Marvel Studios’ Black Widow’s official launch this July.

Inspired by the Super Hero of the film, the collaboration honours how the powerful, intelligent, and elegant Xiaomi Mi 11 Series’ can bring the power of the cinematic experience to its users with some of the most impressive specs on the market.

Jay Frankenberger, Director, Mobile and Consumer Technology, Xiaomi UK commented: “Marvel Studios has entertained millions of movie lovers with the diversity and depth of the Marvel Cinematic Universe. The features of the Mi 11 Series match up perfectly with the traits of the Black Widow character – making this a marketing match made to entertain.”