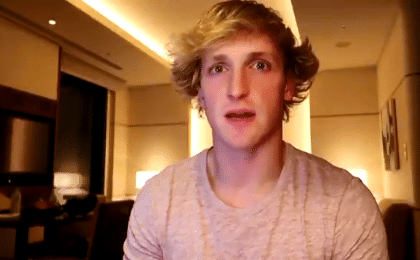 YouTube has suspended projects with US internet star Logan Paul following his controversial video showing the body of a suicide victim.

The company said it had shut down its original projects with the 22-year-old vlogger, who has more than 15 million subscribers, and he would no longer appear in its comedy series Foursome.

Logan’s channel can still be viewed on YouTube, but they have been removed from YouTube’s Google Preferred platform, which features its most popular content in packages for sale to advertisers.

It follows the huge backlash over Paul’s video entitled “We found a dead body in the Japanese suicide forest”, which showed him and his friends laughing at the body of a man hanging in Paul later apologised for the clip, which was viewed more than a million times before it was taken down, saying it was “wrong” and “misguided”.A YouTube spokesman said: “In light of recent events, we have decided to remove Logan Paul’s channels from Google Preferred.

“Additionally, we will not feature Logan in season four of Foursome and his new originals are on hold.”

In an open letter earlier this week, YouTube said “suicide is not a joke, nor should it ever be a driving force for views”.

The site added that Paul’s video violated its guidelines and it was “looking at further consequences”.

Paul has not posted any videos in the past week, saying he was “taking time to reflect.”

He posted an apology following criticism of the controversial video, saying he “should have put the cameras down and stopped recording what we were going through”.

Logan added : “For my fans who are defending my actions, please don’t. They do not deserve to be defended.