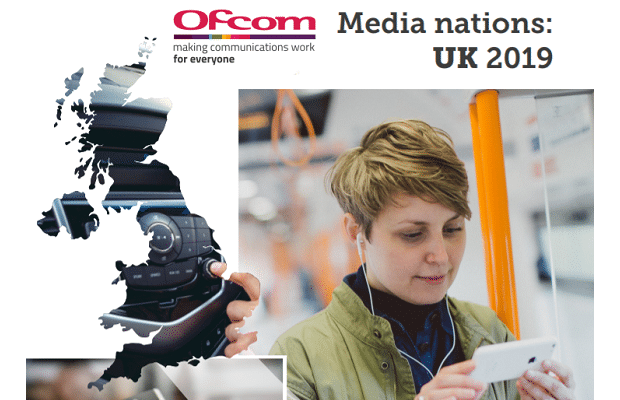 The UK's viewing habits are rapidly changing, with a drop in peak time terrestrial TV viewing and around half of homes now subscribing to TV streaming services such as Netflix.

The findings, from UK communications watchdog Ofcom, found that for the first time, young people now spend more than an hour on YouTube each day, the Ofcom report also showed, and adults watch around half an hour of YouTube a day.

Average daily viewing of streaming services rose by seven minutes last year to 26 minutes.
Traditional TV is in decline despite the broadcasters showing over 100 times more original, UK-made shows than the streaming giants.

Despite the World Cup, the royal wedding, and hit dramas like Bodyguard, BBC One had a three-minute fall to 41 average daily minutes.

The declines were driven by larger decreases in peak time and falls in viewing by older audiences, as the share of viewing for children and 16 to 34s increased slightly on the BBC’s flagship channel.

UK-made drama still resonates with audiences, with Bodyguard the most-watched drama in 2018, but Ofcom said “a few popular drama and entertainment programmes are not enough on their own to stem the overall decline in broadcast TV viewing”.

Some 38% of online users can imagine not watching broadcast TV at all in five years’ time.

In 2018, these accounted for 50% of total minutes viewed on the channel but only 8% of total output.

There has also been a drop in the overall proportion of shared viewing of live TV. In 2018, 47% of live TV viewing was people watching with at least one other person, compared with 51% in 2010.

While traditional viewing – watching as it airs or recordings shortly afterwards – still accounts for most TV time (three hours and 12 minutes a day), viewers now watch 50 minutes less traditional TV each day than in 2010 and the shift is most pronounced among younger people.

Older people are still watching more TV, said Ofcom’s Media Nations report, published as the row into the withdrawal of the free, universal TV licence for over-75s continues. But viewing by over-54s fell by 1% in the first half of 2019.

The rise in streaming comes despite viewers feeling broadly satisfied with the quality of broadcast TV, Ofcom said.

Of the 23% who said TV programmes have got worse over the past year, 59% cited more repeats.

Just under half of adults feel there are more advertising breaks in an hour on the main commercial TV channels than they are happy with.

The report comes after the BBC and ITV announced that streaming subscription service BritBox will launch later this year at £5.99 a month.

Top streaming programmes in the UK: