Rebels with a cause: Are young people being misrepresented by media? 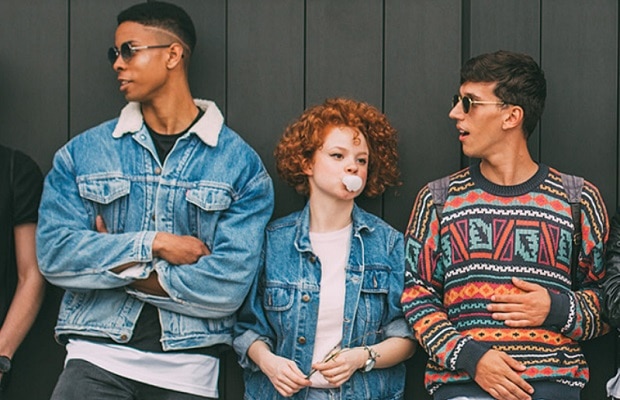 The research also found that young people are turning away from the media most guilty of misrepresentation. Only 29% of have visited tabloid websites, while those that do visit only spend a fifth as much time on the sites as those aged 35+.

Research released today reveals how young people feel disenfranchised and misrepresented, which is contributing to the rise of global youth movements such as Extinction Rebellion. It found that six out of ten 18-24s in the UK (61%) believe young people have to right the wrongs of older generations (and 30% of those aged 25+ agree).

In addition, two-thirds (68%) of those aged 18-24 think the world is a harder place for younger generations than ever – and more than half (53%) of those aged 25 and over agree.

Meanwhile, three-quarters (75%) of those aged 18-24 feel their generation is under a great deal of psychological pressure in the digital age, and 63% of those aged 25+ concur.

This manifests in a number of ways: the research highlights young people are significantly more likely than those aged 25+ to worry about their mental health (65% vs. 46%); whether or not others see them as successful (48% worry about this, vs. only 18%); and about being bullied (38% vs. 19% of those aged 25+).

Sophia Durrani, managing partner, strategy at UM, says: “Generation Z faces major challenges on all sides – an uncertain future, a fragmenting world and ever-increasing pressures – both in the physical and the digital worlds. They earn comparatively less than their parents did and yet face unrealistic representations of ‘success’ in the media every day.”

The survey of 2,000 UK adults, 1,100 of whom were aged 18-24, was carried out by media agency UM as part of UK by UM, its ongoing research into stereotyping in media and advertising. It found that seven out of ten young people (69%) think they’re stereotyped in society – and that the most common labels were that they were self-obsessed (35%), video gamers (33%) and lazy (32%).

Meanwhile, the most offensive stereotypes to those aged 18-24 were that their age group is ‘unintelligent’ and ‘unambitious’.

The study also highlighted that young people see social media platforms as the best at representing their age group in the most authentic way: 43% felt accurately represented by Instagram, 38% by Snapchat and 32% by Facebook. By comparison, only one in five (22%) think television represents young people authentically and just 8% feel newspapers do so.

Young people are also turning away from the media most guilty of misrepresentation. This is made apparent in their attitudes towards the tabloid news. Only 29% have visited tabloid websites in the previous month (compared to 39% of those aged 25+), while those that do visit only spend a fifth as much time on the sites as those aged 35+.

Sophia Durrani comments: “Brands and advertisers need to think about how and where they speak to Generation Z. The way they view the world – the media they consume and the ways in which they consume it – are vastly different to what many companies may be used to.

“It’s easy to throw around buzzwords like ‘authenticity’, but brands that fail to accurately portray – and grasp – the thinking of young people are doomed to failure. It’s no wonder that movements like Extinction Rebellion have caught their imagination, as much of the traditional media seems intent on perpetuating regressive stereotypes, whilst setting unrealistic benchmarks for material success.”