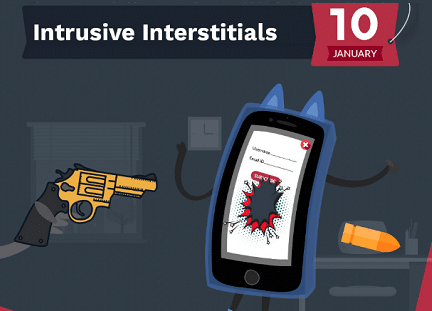 From extra interstitials to ramped up meta descriptions, this infographic contains the major Google search algorithm updates of 2017.

2017 was another tumultuous year for webmasters and SEO industry professionals, who experienced fluctuations in the rankings of their websites, and in the worst case, bore the brunt of penalties from the search engine giant.

Some websites gained favor from it as well. This of course, was due to Google’s algorithm updates, which remained majorly unannounced.

Which were the major algorithm brought forth by Google in 2017?

In what way did they affect the industry professionals?

This infographic contains the major Google search algorithm updates of 2017, which include:

Priyadarshan Chomal (twitter: @Priyadarshan_l) is a Digital Marketing Analyst working with E2M. He specializes in SEO and Digital Marketing. He is a keen learner and likes to be the first one to know about Google updates for penalty recovery. Coming up with innovative social media and promotional strategies are his other interests.