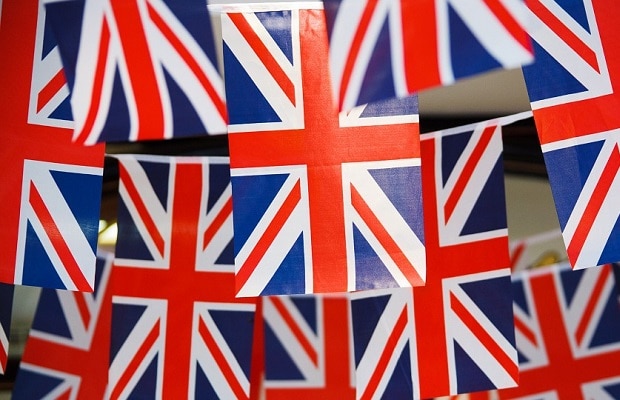 With the Royal Wedding just days away, Hitwise, the UK’s leading online behavioural insights provider, has investigated the most popular questions and searches the UK has ahead of the royal weekend.

Brits are set to celebrate to in style – ‘street parties’ are set to crowd Britain’s towns and villages, amongst speculation about the dress designer (will it be Ralph and Russo again?), as well as the clear retail King – Amazon.

2. Bring out the bunting 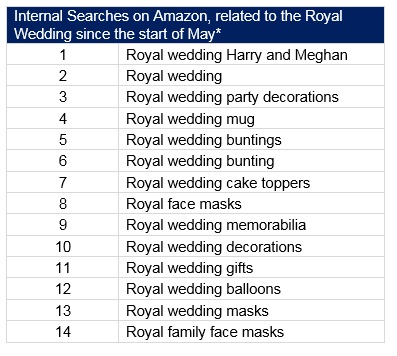 3. But wait, WHO is designing the dress?

As the occasion draws nearer, Meghan and Harry are keeping the nation on their toes as Brits eagerly await the key details: who is designing Meghan’s dress? Will she opt for a traditional British designer like Alexander McQueen or keep to her American roots with a Vera Wang?
As the UK turns to the internet in search of confirmation, Hitwise reveals the top three designers driving most queries around the dress, are:

With that said however, there has been a lot of speculation that Meghan may have chosen the same designer as her engagement portrait dress, with the bookies favourite being Ralph and Russo. The designer has in fact received 105% increase in searches in the past week!

It’s clear the UK has a lot of answered questions ahead of the big day, with many Brits wondering what the wedding means for America. Hitwise reveals below the top 10 burning questions of the nation: 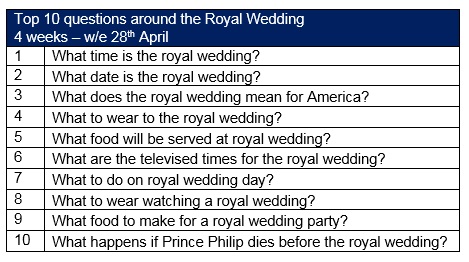