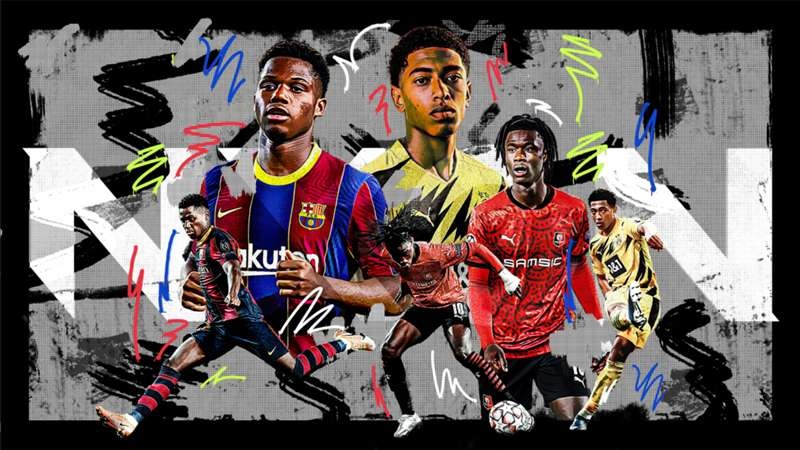 TikTok has partnered with Goal for its NXGN 2021 awards, which showcases young emerging talent in the football industry.

On Sunday, the full shortlist of under 18 footballers was premiered on Goal’s accounts on TikTok, where it’s exclusive for two days before being announced on Tuesday.

NXGN is Goal’s annual lists, awards and content series focused on young emerging talent. Every year, a 50-strong male and 10-strong female list of players are awarded for being the best in the world with winners for each gender, contributions from hundreds of Goal journalists across every continent to decide the ranking.

The partnership begins on Sunday when the full NXGN 2021 shortlist will be premiered on TikTok, where it’s exclusive for two days.

The campaign incorporates TikTok creators, including Ben Black (@ben), Formz (@formzofficial) and Elischa Edouard (@elischaedouard), who will be sharing their favourite young players as part of the pre-reveal NXGN push.

On Tuesday March 23, Goal will reveal the full NXGN 2021 countdown across all its social platforms where it has more than 60 million followers, as well as on all of its 17 global editions, which are visited by 80 million football fans every month.

As part of the partnership, TikTok has created a bespoke hub visible through its Discover tab from 12 noon (GMT) on Tuesday that will offer a unique experience for football fans on the platform.

Throughout the week, Goal will publish TikTok exclusive content on some of the players who appear at prominent positions on the lists, including Pedri and Ansu Fati of Barcelona, Ki-Jana Hoever of Wolves, and Haley Bugeja of Sassuolo.

Goal’s global network of correspondents will also be involved, posting club-themed content through in-house TikTok accounts, which combined have more than 800,000 followers.

Alex Chick, Goal’s VP of Content, said: “With NXGN focusing on the next wave of global talent, partnering with a platform that resonates with both young fans and players is a natural fit.

“Through extending this activity to some of the biggest football influencers on the platform, as well as our own talent and accounts, we’re looking forward to NXGN dominating the football discussion on TikTok.”

Arthur Guisasola, Strategic Partner Manager, Sport at TikTok, added: “Goal’s NXGN list is a must see moment of the football calendar, and we’re delighted to partner with them to bring the list exclusively to TikTok ahead of its full launch.

“We have a growing and diversifying community that is consuming more and more football content, and with many on this list also creators on the platform it’s a partnership that that makes sense. The beauty of TikTok is that creators and clubs of all sizes can go viral on TikTok, such as Brentford FC who joined in January and got 3 million views on their second video.”

Football content has had a meteoric rise on TikTok this last year, with over 89 billion views of the #football hashtag. TikTok is fast becoming a home of football fandom and culture. It’s a place where football fans anywhere in the world can connect with their favourite teams, clubs, players and even freestyle creators, as well as create their own football content like memes, goal celebrations and commentary on games. Over 70% of top league football clubs in Europe are already on TikTok, and they are seeing great engagement.

TikTok has also recently announced it is to become an official partner of UEFA EURO 2020 this summer, the first time a digital entertainment platform has partnered with a major international tournament for UEFA.