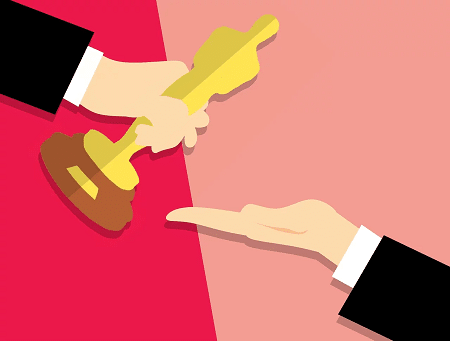 As Hollywood continues to roll out the red carpet, new insights from The Trade Desk highlight the power of film to inspire consumer behaviour, creating exciting engagement opportunities for brands that extend well beyond awards season.

Using the methodology described below, The Trade Desk analysed conversion rates around the release dates of some of this year’s biggest hits – both on Netflix and the cinema screen – revealed that compelling content can make consumers more receptive to relevant ads.

Netflix’s mobster movie The Irishman proved one of the year’s most influential films. The film’s dodgy deals and mischief clearly inspired some viewers, with advertising for business services enjoying an upsurge in engagement of 40% following its release when compared with two weeks previously. But with these viewers also almost eight times more likely to be interested in muscle cars than the general population – and six times more likely to be interested in mixed martial arts (MMA) and Ultimate Fighting Championship (UFC) – it remains to be seen whether they prefer a fight or a flight response.

The latest reboot of the Charlie’s Angels franchise, however, had consumers reaching for the gizmos. Conversion rates for ads within the technology space increased by up to 30% compared with two weeks prior to the release, as viewers flocked to explore the latest tech. Whilst they might not succeed in the journey to super spy, these strong, independent men and women were around 14 times more likely to be interested in celebrity news and six times more likely to be healthy eaters than the general population, meaning gadgets and goji berries are closer bedfellows than you might think.

It’s not all about cars and money, though. The launch of Two Popes caused an up to 8% increase in engagement with advertising in religious verticals in the two weeks following the release – with these audiences also over six times more likely to support charitable causes. But, with this group six times more likely to be interested in interior design and seven times more likely to be a commercial architect than the average consumer, they clearly know how to appreciate their baldachins and flying buttresses as well as their fellow man.

Last but not least, a sequel to 90s hit thriller Jumanji also had a clear impact on audiences – adrenaline-pumping scenes boosted conversion with ads up to 20% in the sports vertical in the fortnight after it hit the screens. Broadway is also likely to grab the attention of this particular audience: they are in fact four times as likely to indulge in the musical theatre, proving they’re just as unlikely to be misérable about a trip to the theatre as they are fans of creepy crawlies.

Commenting on the analysis, James Patterson, VP, Client Services, EMEA & Global Operations at The Trade Desk, said: “Whilst we might associate films more with Pick ‘N’ Mix and lengthy trailers than online ads, these insights demonstrate clearly the huge influence films on the big screen – and streaming platforms – can have on consumer activity.

Wherever it happens, it’s clear that the advertising opportunity for brands lasts long after the credits roll. For brands to make the most of these valuable – and sometimes unexpected audiences – they need to be using data to target as accurately as possible. More than just data however, they need the right tools to derive insights, too, or they will just get lost in the figures.”

The Trade Desk analysed global conversion rates for all relevant advertisers over a 90-day period, calculating the impact on conversion rates around the related film release dates. The Trade Desk also built cookie pools of users from its global platform data who identified an interest in each of the individual films, and ran lookalike models to identify the different data segments over-indexed within these in comparison with the general population.

The Trade Desk provides this information for general knowledge and does not make any representations or guarantees of any kind with regards to the future performance of this information.