Trumpbook? Ex US president ‘plans social media comeback with his own platform’- report 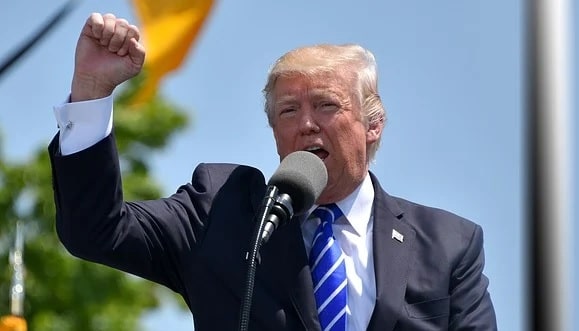 Donald Trump plans to launch his own social media platform, months after being banned from Twitter and Facebook, it is claimed.

Donald Trump’s adviser and former campaign manager Jason Miller has said the 45th US president could return to social media “in two or three months” by launching his own platform.

Speaking to Howard Kurtz on Fox News’s Media Buzz show, Miller said: “This is something that I think will be the hottest ticket in social media.

“It’s going to completely redefine the game, and everybody is going to be waiting and watching to see what President Trump does, but it will be his own platform.

“This new platform is going to be big,” he continued. “Everyone wants him and he’s going to bring millions and millions – tens of millions – to this platform.”

Miller said he was unable to provide further details at this point, but he did reveal tMr Trump has been having “high-powered meetings” at Mar-a-Lago with various teams regarding the venture.

He added: “This new platform is going to be big”, predicting that Trump will draw “tens of millions of people”.

Trump was indefinitely suspended from Twitter and Facebook in January following the Capitol riot, which saw a mob of his supporters lay siege to the legislative complex in Washington, DC, in a bid to stop Congress ratifying the previous November’s election results.

Five people were killed in the attack, prompting the tech giants to act against the outgoing president, with Twitter doing so “due to the risk of further incitement of violence”.

Since losing his 89 million followers on the platform Trump has left Washington DC to take up residence at his private club at Mar-a-Lago, Florida.
With no social media platform he has instead been reduced to issuing statements by email and calling in to Fox and Newsmax.