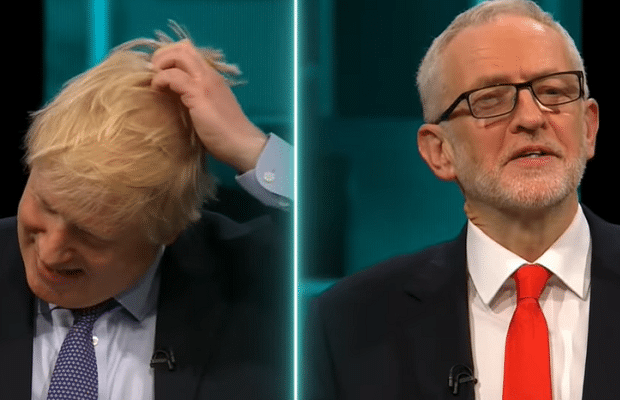 The UK Conservative party has come under criticism and received a warning from Twitter for misleading the public for renaming its social media account "factcheckUK" during the leaders' debate.

The Conservative Campaign Headquarters press office changed its Twitter name and profile pictures for the duration of Tuesday evening’s debate between Boris Johnson and Jeremy Corbyn, ahead of the UK General Election on December 12th.

Those in charge of the account then wrote commentary on the Labour Party leader’s statements and retweeted messages supporting Johnson.

But some raised concerns it could be mistaken for independent fact checkers Full Fact, which described the Tory move as “inappropriate and misleading”.

Following the debate, Twitter issued a statement warning the Conservatives that any further attempts to ‘mislead people’ during the election campaign will result in action.

Independent fact-checking charity Full Fact tweeted: ‘It is inappropriate and misleading for the Conservative press office to rename their twitter account ‘factcheckUK’ during this debate. ‘Please do not mistake it for an independent fact checking service such as @FullFact, @FactCheck or @FactCheckNI.’

It is inappropriate and misleading for the Conservative press office to rename their twitter account ‘factcheckUK’ during this debate. Please do not mistake it for an independent fact checking service such as @FullFact, @FactCheck or @FactCheckNI

Labour’s David Lammy called for the Electoral Commission to investigate, saying it showed “what disdain this party and this government has for the truth”.

The Liberal Democrats’ press office wrote on Twitter: “And people wonder why trust in politics has been eroded.”

The @CCHQpress account is verified by Twitter, which means its profile page displays a blue tick intended to show other users that the account is genuine.

But, according to Twitter’s rules published on its website, this verification can be removed for behaviour such as “intentionally misleading people…by changing one’s display name or bio”.
Twitter’s rules also state that users cannot “impersonate individuals, groups, or organisations in a manner that is intended to or does mislead, confuse, or deceive others”.

A Twitter spokesperson said on Wednesday: “Twitter is committed to facilitating healthy debate throughout the UK general election. We have global rules in place that prohibit behaviour that can mislead people, including those with verified accounts.

“Any further attempts to mislead people by editing verified profile information – in a manner seen during the UK election debate – will result in decisive corrective action.”

“The reason we did that is because we were calling out the inaccuracies, the lies that were coming out during the debate. The NHS is not for sale.”

When the reporter put to him that the party had misled the public, he said: “I disagree”, adding that the change would have been an idea from the party’s “digital team”.

View the BBC Newsnight interview below:

.@maitlis: “This is the Conservative press office pretending to be a fact-check service… you were misleading the public.”@JamesCleverly: “We were calling out the inaccuracies that were coming out during the debate”https://t.co/tyeoNZZw7X#Newsnight | #GE2019 | #ITVDebate pic.twitter.com/qOIxTWQa8Z