Virtual Christmas: 49% of parents are planning a Zoom party over festive season 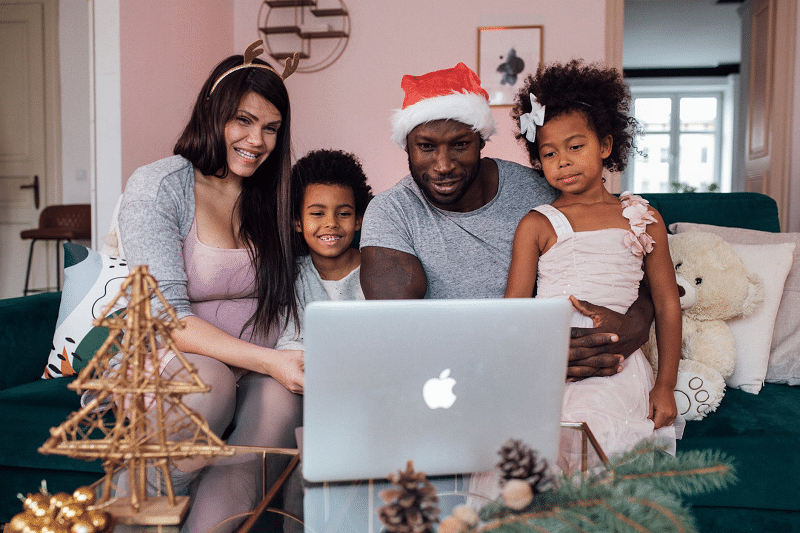 Nealry half (49%) of all parents are planning a Zoom party this Christmas and 6 in 10 parents are worried about their children’s social development, according to new research.

Gary Pope, CEO and Co-Founder at KI commented: “Whilst 62 per cent of UK parents agree that technology has brought them closer together as a family this year and almost 80 per cent say that it has helped their children learn, it is evident from this research that concerns remain about their children’s social development and whether digital socialising is hindering healthy social relationships.”

Gary Pope continued: “From previous research we’ve carried out, we know that co-consumption of content is great for families – it brings them together and strengthens bonds.

“The extraordinary circumstances we found ourselves in this year, has perhaps unsurprisingly led to more families using technology together and the next step for brands is to work out how to truly create experiences for co-consumption. Some might argue whether it’s even worth doing given this situation could be a one-off, however what is clear is that parents want to spend more time together with their children – this was true before the pandemic and will remain true after.

“It is likely that COVID-19 has helped to create some bridges in digital co-consumption that weren’t previously there and accelerated adoption, so it’s important that brands take a considered approach to development and better understand what a family want from an experience. It’s not always after all a win-win – it’s actually very hard to create content and platforms that everyone enjoys equally. Remember though, that not everyone has to enjoy it – just being there when others are having fun is often enough.”