This week Google held its annual I/O conference for developers, talking up the web giant’s latest milestones and unveiling new products, including a smarter camera, a revamped Google Home and a lighter Android Go OS for emerging market. During the conference, the Google team announced updates to Android, Google Home, Google Assistant and YouTube. As […]

This week Google held its annual I/O conference for developers, talking up the web giant’s latest milestones and unveiling new products, including a smarter camera, a revamped Google Home and a lighter Android Go OS for emerging market.

During the conference, the Google team announced updates to Android, Google Home, Google Assistant and YouTube. As well as new services like Google Lens, which uses your smarphone’s camera to identify objects in the real world.
And Google highlighted the expansive reach of its platform, with its Android operating system now installed on 2 billion devices.
Here’s 8 of the biggest announcements that Google unveiled at I/O 2017:
New Android Go! OS targets next billion
Android’s mobile dominance hasn’t stopped growing. CEO Sundar Pichai revealed at the keynote’s start that the tally of monthly active Android devices now exceeds 2 billion. That includes smartphones, tablets, Android Wear devices, Android TVs, and any other number of other gadgets that are based on the operating system. 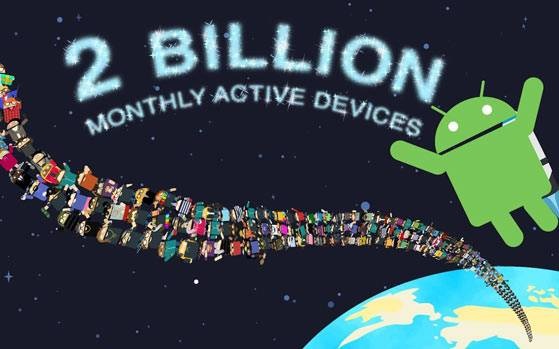 Bringing the “next billion” users online with smartphone technology has been a major focus for Pichai since he took over as Google CEO in 2015. Today, the company announced one way it’s going to try to reach that goal: Android Go, a version of the mobile operating system built for entry-level devices that’s optimized for being used in data-restricted environments.
Google Lens: A Shazam for images?
Photo app Google Lens was the centrepiece of the keynote, using image recognition to identify objects appearing in your camera lens in real-time. It means you can point a smartphone at a flower and be told exactly what it is.
You’ll see a restaurant’s rating when pointing your phone at the storefront, you can aim it at a flower and it will identify the species, and you can even pull up a band’s music or videos by pointing Lens at a concert poster. your Android phone will be able to use that info to log on to that network.

With Google Lens, your smartphone camera won’t just see what you see, but will also understand what you see to help you take action. #io17 pic.twitter.com/viOmWFjqk1

The app will compete with Samsung’s recent “Bixby Vision” on the Galaxy S8. Snapchat and Instagram are also using are using low-level AI to apply goofy filters to your face. But Google’s offering much more with Lens than just image recognition, shopping, or face filters. Facebook is also m exploring similar computer vision efforts, Google is trying to do it sooner than later with Lens.
New AI chip accelerates machine learning
In his keynote speech, Google CEO Sundar Pichai was quick to hammer home the point that his company’s future depends on artificial intelligence, specifically the machine learning techniques that let algorithms learn on their own and improve over time.

During the opening remarks of the I/O keynote today, Pichai announced Google’s next-generation Tensor Processing Unit, a specially designed chip for machine learning that works on the company’s TensorFlow platform.
This new TPU chip effectively makes building AI on Google’s platform incredibly fast and efficient, more so than with hardware and machine learning platforms used by competitors.
With TPU and TensorFlow being optimized to work together, Google is effectively transforming its cloud computing platform into the Android for AI.
This is a big deal for Google’s future. If the company can own the hardware and software used by the most cutting-edge AI researchers, it can stay at the forefront of the field and have its hand in every exciting advancement that machine learning, and every other AI breakthrough, yields in the future.
Google Photo app gets smarter
With over 500 million people using Google photos, but many do nothing with their snaps once they take them. A smart update using facial recognition means that Google Photos can now identify people in the photo and suggest you share the snap with them. 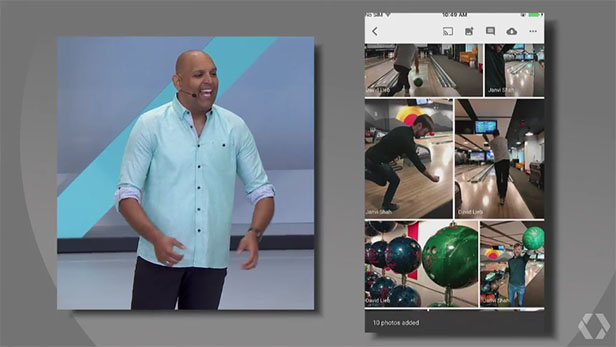 The idea is to remove a little of the friction with photo-sharing. Shared Libraries takes this a step further, allowing you to share, for example, any picture of your kids automatically with your partner.
Forget GPS: Google plans location revolution with VPS (Visual Positioning System)
GPS (global positioning system) has been a mainstay for mobiles and mapping tools, but it can lack accuracy. Using Tango, a 3D visualisation technology, VPS looks for recognisable objects around you to work out where you are, with an accuracy of a few centimetres.

Google’s head of virtual reality, Clay Bavor, said one application would be using VPS to find the exact location of a product in a large shop: “GPS can get you to the door,” said Bavor on stage, “and then VPS can get you to the exact item that you’re looking for”.
Google Home gets phone calling
Amazon Echo was one of the surprise success stories of last year, with Google Home lagging behind. As part of a revamp, you can now make phone calls using the Home, and its voice recognition capabilities make it possible for different family members to call from their own separate numbers through the same Home device.

The device will also now offer proactive information, rather than just answers to questions you have asked. The example given on stage was a warning about heavy traffic – by referencing Google Calendar the assistant was able to know that the user needed to be somewhere at a certain time, and that traffic on the way was heavy.
Google is also releasing an SDK – software development kit – to allow third-party developers to integrate Google’s assistant into their own products. This comes in response to Amazon doing the same with Alexa.
Hello Google, Goodbye Siri? Google Assistant comes to iPhone
Google has also made the decision to bring its Assistant app to the iPhone, rather than just Android users. The company will roll out Assistant as a separate iOS app from Google search to specifically target tasks tied to your personal preferences. However, Assistant won’t be able to operate exactly like it does on Android devices. Google says because there are API restrictions, Google Assistant on iOS will only be able to do general stuff like send iMessages and play a song on your Spotify app, but not set alarms.

Starting today, we’re bringing the #GoogleAssistant to iPhones. Whether at home or on the go, your Assistant is here to help. #io17 pic.twitter.com/a6T20HwnU9

Daydream: VR headset with no smartphone needed
Google announced an updated version of its Daydream virtual reality (VR) platform. The company announced that upcoming headsets from partners including HTC and Lenovo won’t require a smartphone or PC to power the user’s VR experience.