Fake it ‘til you make it: Instagram users ‘faking sponsored posts to gain popularity’ 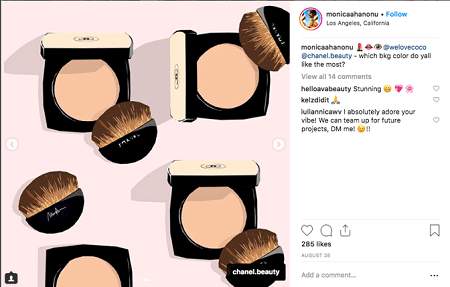 Instagram influencers are faking sponsored posts, in a bid to boost their followers and attracting real sponsors, according to a news report.

The Atlantic looks at a number of examples in which users have manufactured posts that mock up the appearance of brand affiliation.

The reason? It’s a sign of success — people have become aware of the rewards on offer to successful Instagram influencers.

In The Atlantic’s report, “Sponcon” pro Taylor Evans explains how she faked the purpose of a Miami vacation to make it look like a press trip: “I took a lot of pics at restaurants and posted, ‘Thanks so much XYZ restaurant for the hospitality!’ You say it in a way that people could interpret it as you having an established relationship with that brand. The hope is that it’s perceived in a way that looks like there’s a reason you’re in a different city and state, not just enjoying a weekend vacation.”

Another user, Sydney Pugh, spoke of how she faked an ad for a local cafe chain, despite purchasing the drink herself. “Instead of [captioning] ‘I need coffee to get through the day,’ mine will say ‘I love Alfred’s coffee because of A, B, C.’”

It’s a virtuous circle, because when an influencer manages to attract one sponsor, others typically follow.

However, for some would-be influencers, it can be difficult to attract an initial sponsor, especially if they don’t have a high follower count – so they are simply pretending instead, by replicating the language and posts used in sponsored content.

As for why influencers lie, they believe it is a question of faking it until you make it, according to an article by The Atlantic.

With sponsored posts, there used to be key signs that indicate the content is paid for – product placement, tagged brands, and typically the hashtag #ad.

Language such as thanking the brand used to be a giveaway that content is sponsored as well, but now, for some influencers, it simply means they want to be noticed – and haven’t actually received anything for free.

One Instagram influencer summed up the phenomenon of people faking sponsors as “street cred,” telling the magazine: “The more sponsors you have, the more credibility you have.”