Half of marketers ‘want complete control over influencers’ marketing posts’ 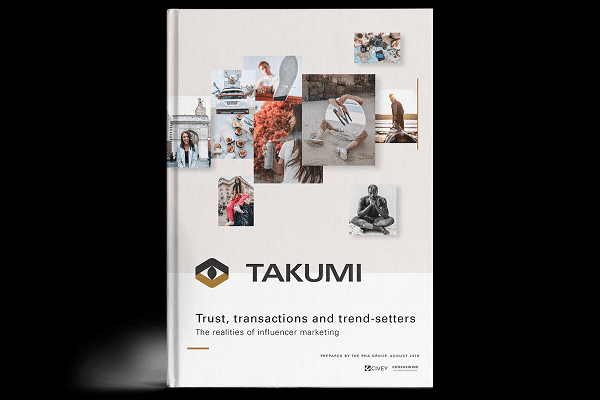 Half of marketers feel they should have complete control over the written captions and visual elements of an influencer's post, according to new research.

The study, from influencer marketing service Takumi, also shows that only almost half of all marketers want industry guidelines to be developed further, while less than half of the influencers surveyed trust brands to work with them fairly.

Marketers outsourcing their creative content generation to social media influencers need to trust influencers as much as they claim to. Although up to 86% of marketers say they trust influencers, some brands are stifling the results by controlling the creative process.

Incredibly, two in five (39%) US & UK marketers, and over half (55%) German marketers want complete control over the caption and visual of an influencers’ post, viewing it as the same as an advertisement they have paid for another channel, such as TV or radio.

What matters most to influencers when working with brands?

On average, less than half (46%) of the influencers surveyed trusted brands to work with them fairly and it’s clear marketers and influencers are wrangling over creative control. Many creators are struggling to work with opaque briefs – and brands are holding influencers to the same quality standards as they their own teams, but without giving influencers the budgets, timescales, and clarity afforded to in-house creative teams.

More than a third (37%) of consumers trust influencers to clearly signpost paid partnerships, but shockingly, almost two thirds (62%) of influencers say they have been pressured by brands to contravene guidelines at least once.

Almost nine out of ten marketers (88%) and influencers (87%) in the UK and US, agree their markets’ regulatory guidelines are clear – but in Germany, this falls to just 52% of marketers and 11% of influencers being confident about ad disclosure guidelines. Overall, there is strong agreement that these guidelines need further development, with 46% of marketers in all three markets responding as such.

Adam Williams, CEO of Takumi says: “Over the course of 2019, the influencer marketing industry has come under increasing scrutiny, and trust among consumers, brands and influencers across the world is being put to the test.

“Influencers continue to directly inform consumer purchasing behaviour, but consumers are increasingly savvy. Through this research, consumers have made it clear what wins their trust, and what they value; transparency, authenticity, honesty.

“Marketers must take a proactive and responsible role in educating about and enforcing correctly labelled ads. Developing and upholding regulations is a shared responsibility.

This will require good communication with influencers, many of whom are struggling with opaque briefs. Influencers are asking for greater clarity but also want creative licence and the partnerships that can successfully achieve this will be the real winners.”

The full study can be read here