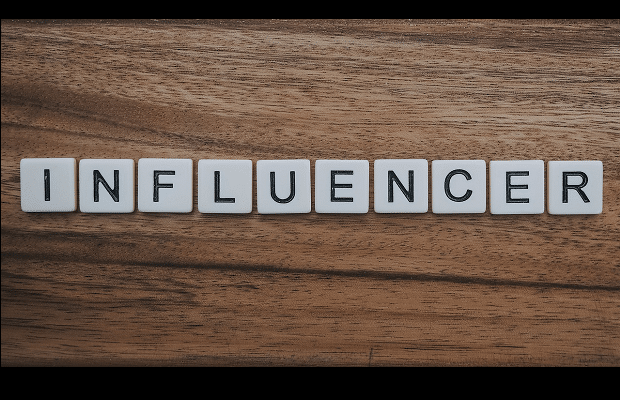 Influencer fraud, where influencers pay for fake followers or engagement, is costing brands more than a billion dollars a year, according to a new study.

The study, conducted by cybersecurity company Cheq and the University of Baltimore, claims that influencer fraud will cost advertisers $1.3 billion this year, a number projected to grow to $1.5 billion in 2020.

Influencers can make a staggering $12,000 per post, but in an industry where paychecks are contingent on follower numbers, it costs just $16 to buy 1,000 Instagram followers.

In a survey, University of Baltimore professor and economist Roberto Cavazos found that 25 percent of the followers of some 10,000 influencers are fake. Another survey of 800 brands and marketing agencies found that two-thirds had worked with influencers with fake followers. Given these numbers, Cavazos estimates that 50 percent of all engagement on sponsored content is fake.

Cavazos also says that some influencers post fake sponsored content “to dupe brands into believing they have a proven track record — and in order to get hired for a future engagement.”

Brands typically pay influencers based on their reach, as measured by their number of followers. The snag, however, is that influencers sometimes buy fake followers, or continue to count followers who no longer engage on a given platform, meaning brands pay for eyeballs that essentially don’t exist.

“It used to be that advertisers picked up the phone and called Kylie Jenner,” he said. “Today, people are approaching influencers and buying followers through tech platforms. This is immediately an invitation to anyone in the ad-fraud business to create fake accounts and start meddling.”

Mega-influencers, whose follower counts are in the millions, can earn up to $250,000 per social media post, about $37,500 of which is lost to fraud, according to Cavazos.

Influencer marketing has become a key part of many consumer brands’ promotional strategies as it is considered more appealing to digital audiences than traditional advertising.

According to Edelman’s 2019 Trust Barometer, 63% of consumers trust influencers more than brands’ own advertising.

CEO of social media marketing firm Socialbakers, Yuval Ben-Itzhak, advises brand marketers on how they can spot the signs of influencer fraud.

“Influencer marketing is one of the fastest growing marketing trends and as such it is increasingly under the spotlight,” Ben-Itzhak said. “Authenticity is increasingly pervasive, and fake accounts which lead to inflated reach and performance numbers aren’t helping brands or influencers to engage in real conversations with their audiences. With the University of Baltimore alleging that more than half of this year’s Love Island contestants’ followers could be fake, the problem is greater than ever before.

“With so much money on the table, it’s no surprise that fraud has become so prevalent. But the onus is on brands to keep an eye on fake engagement and fake interests. They can do so by looking at two key data points: the influencer’s performance over an extended time period, and their engagement level per 1,000 fans. In addition, benchmarking the performance of a few influencers over time can help to identify anomalies resulting from fraud.

“It’s vital not to dupe consumers. Transparency is the name of the game in influencer marketing, with the government hot on the heels of those flouting the rules. Selecting the right influencer is a vital first step, and reaching out to audiences with trustworthy, authentic content is the way forward for brands looking to grow organically – not through bot followers. If brands want to build and retain customer trust, rooting out fake followers is a great move.”