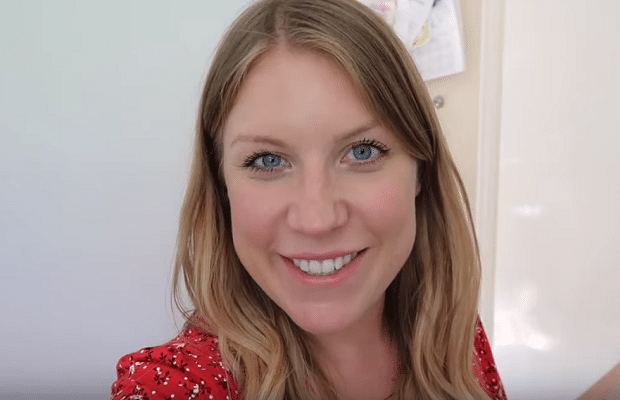 Earlier this month, an Instagram influencer was penalised by the Advertising Standards Authority for promoting sleeping tablets to her 37,000 followers.

The ruling is the first of its kind where a social media ‘influencer’ has fallen foul of regulations banning celebrities or health professionals from endorsing medical products.

A claim by makers Sanofi that the mum of two, from Aberdeen, was not high profile was rejected by the Advertising Standards Agency.

Banning the ad, chiefs ruled she “had the attention of a significant number of people”.

The blogger posted an image on her ThisMamaLife Instagram account in February of her sat in bed smiling with a packet of Phenergan Night Time Tablets visible in the background.

In the caption Willox Knott wrote that she was a “night owl” who found the tablets, which she described as a “pharmacy only, short term solution to insomnia”, “really helped” when she struggled to get to sleep.

The post was marked as an ad and the company behind it, Sanofi, said it had cleared the promotion with the healthcare trade body, the Proprietary Association of Great Britain, beforehand.

However, the ASA rejected Sanofi’s arguments that Willox Knott’s then 32,000 followers on Instagram did not class her as a celebrity.

The company argued that Ms Willox Knott’s following was considerably less than that of other “recognised celebrities” on the platform, citing David Beckham who has 55 million followers.

The watchdog also said that Willox Knott, 27, who started blogging about raising her two small children four years ago, had done more than 1,000 sponsored and recommended posts on her Instagram page.

The ASA banned the ad and said Sanofi must not use celebrities or social media influencers again to endorse medicines.

Following the ruling, the Proprietary Association of Great Britain (PAGB), which represents manufacturers of over-the-counter medicines said: “Following today’s ASA ruling, PAGB will be working with the regulators to understand the implications of this decision for member companies and the wider consumer healthcare industry.”

Despite the new precedent, the watchdog will still judge whether posts from smaller social media accounts breech its endorsement rules on a case-by-case basis.

Adam Williams, CEO at influencer marketing platform Takumi, said: “The social media landscape has changed immeasurably over the past few years making it difficult for regulators and brands to keep up. On Instagram alone there have been several new monetisation features launched this year.

“The ASA is there to help brands and agencies navigate the different platforms they advertise on in a way that is fair and ethical. However, with the industry – and social media platforms – constantly evolving, this task is exceptionally difficult, and the legislation itself is in some parts open to interpretation.

“Recently Sarah Willox Knott, came under ASA scrutiny for promoting an over-the-counter sedative. The ASA ruled that with 32,000 followers, she could be categorised as “a celebrity” and therefore had to label her sponsored post promoting pharmaceutical products. Clause 12.8 of the CAP code (The UK Code of Non-broadcast Advertising, Sales Promotion and Direct Marketing) clearly states “Marketers must not use health professionals or celebrities to endorse medicines”.

“Less clear however, is the definition of ‘celebrity’ especially in the nuanced influencer marketing landscape.  The ASA concluded in this recent case that “over 30,000 followers indicated that she had the attention of a significant number of people. Given that she was popular with, and had the attention of a large audience, we considered that ThisMamaLife was a celebrity for the purposes of the CAP Code.”Sarah’s 32,000 followers would by many people’s definition class her as a ’micro-influencer’ rather than a ‘celebrity’ – but here is where the grey area lies. A more precise definition or framework for assessment of ‘celebrity’ is needed if influencers and brands are to stay on the right side of the ASA.

“The case highlighted once again the need for advertisers and agencies to be extremely cautious when promoting products in high risk industries such as gambling, tobacco, e-cigarettes, alcohol, pharma, high sugar content products and anything directed at children.

“Advertisers need to follow the ASA’s rulings carefully and treat them as important self-regulation rather than simply guidelines. They have a responsibility to adhere to legislation and advertise potentially sensitive products in a responsible way. However, parts of the ASA’s CAP code are arguably open to interpretation and clearer definitions in the influencer landscape can only be a positive thing for brands and consumers. Taking such steps will minimise instances of fraud, improve consumer sentiment and benefit the quality and performance of influencer marketing.

“A robust system will only be achieved if marketers, technology partners, influencers and governing bodies continue to work closely together – educating the rapidly changing market about responsible advertising at every opportunity.”