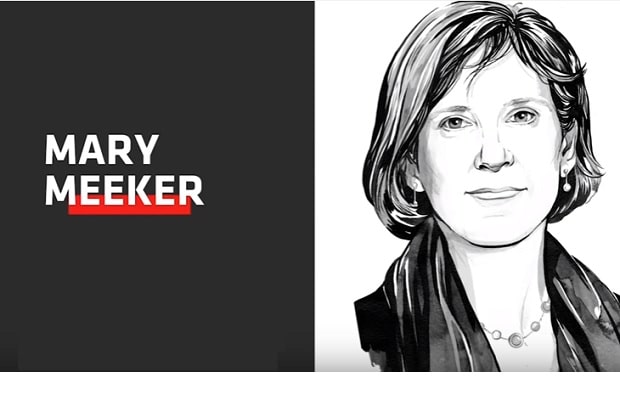 There's a "privacy paradox" surrounding data collection for profit, where data needs to be used to enrich people's experiences without betraying their trust, according to the annual report from digital guru Mary Meeker.

Meeker, a partner at Kleiner Perkins Caufield & Byers and technology investing luminary, presented her annual report on internet trends Wednesday at Recode’s Code Conference. Her manifesto on the tech industry has become an annual event.

This year’s report highlighted, among others trends:

In her presentation, Meeker warned that tech companies face a “privacy paradox.” They must use more data to enrich their customers’ experiences without betraying their trust.
“Scrutiny is rising on all sides—users, businesses, regulators,” Meeker said. “Technology-driven trends are changing so rapidly that it’s rare when one side fully understands the other, setting the stage for reactions that can have unintended consequences.”

Meeker said the number of Internet users, 3.6 billion, surpassed half the planet’s population. “When markets reach mainstream, new growth gets harder to find—evinced by 0% new smartphone unit-shipment growth in 2017,” she said.

This year, the 294 slides in rapid succession covered everything from smartphone behaviour in the U.S. to tech company competition in China.

View the presentation below:

Some key takeaways from the presentation:

You can view the video of the presentation here: