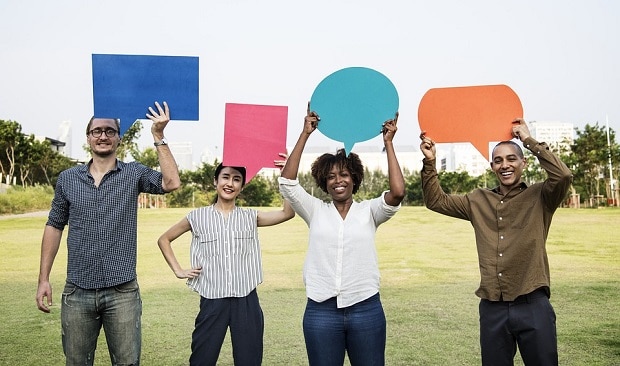 People are increasingly turning to social media to voice comments about companies, and most people, especially younger generations, expect brands to respond quickly.

B2B ratings and reviews firm Clutch surveyed 532 people from across the U.S. about their expectations of companies on social media and found that:

Eighty-three percent (83%) of people expect companies to respond to social media comments within a day or less.

“I see [social media] as a way where brands can speak directly to their consumers,” said Matt Kovacs, president of Blaze PR. “That’s where people expect the world to rotate.”

Consumers expect businesses to keep up in an age of instant communication.

Although people expect a quick response, they don’t necessarily expect an immediate fix.

It’s not like we’re telling people, ‘You have to fix this immediately within a day or less or an hour or less,’” said Laura Reagen, CEO of Activate Health. “But the company’s response has to make people feel like they’ve been heard.”

Millennials grew up with social media and therefore have higher expectations of brands on social media.

“With living and growing up in a digital world comes instant gratification, expression, and responses,” said Jason Sherman, founder and CEO of SHERMAN Communications and Marketing, Inc. “When [millennials] take that mindset to the world as a consumer, it doesn’t really change.”

Responding to Criticism Online Can Elevate a Company’s Brand

It’s important for brands to engage with criticism online.

Nearly half of people (45%) say they would view a brand more positively if it responded to negative comments on social media.

“Being able to show the way that your business responds in a crisis is actually helpful because customers get reassurance that if something goes wrong, your business will take care of them,” said Melina Palmer, a behavioral economist and founder of The Brainy Business.

Social media gives power to both consumers and businesses.

“There’s certainly an empowerment to the consumer to share feedback and express themselves when they’re unhappy,” said Sameer Somal, co-founder of Blue Ocean Global Technology.

But a business is also empowered with the same platform and the same opportunities.”

Businesses that use social media as part of their PR strategy can humanize their brand by authentically engaging with consumers.

“Acknowledging customers in a small sense transforms a relationship, at least for me,” said writer Melissa Meade. “That tells me the company cares and is listening.”

Clutch’s 2018 Social Media PR Survey included 532 people in the U.S. who use social media at least once per week.