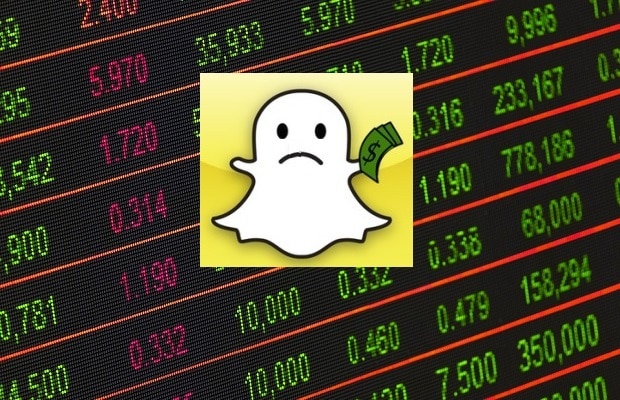 Snapchat is being redesigned drastically as it struggles to attract older users and turn a profit as its Snap’s Ad revenue per user is now less than a fifth of that of Facebook.

Shares in the firm plunged after hours on Tuesday, after the firm reported losses of more than $400m (£337m) in the quarter. It also had lower-than-expected revenue and user growth.

The company warned in its latest earnings call that investors should brace themselves for potential disruption as it tries to rescue its app.

Snap said it had 178 million daily active users on average over the quarter, up 3% over the previous three months.

The firm told investors it made almost $208m in revenue in the quarter, up 62% year-on-year.

But Snapchat’s ad prices have fallen. The firm also reported a nearly $40m loss stemming from excess inventory of its Spectacles product, sunglasses with recording capabilities, which proved less popular than hoped.

Snapchat’s app includes a range of different features, and has been hailed as both a triumph and failure of design. But it appears to have admitted that the latter is correct, and that it will launch an attempt to completely redesign the app.
The move is presumably an attempt to win around older users – who frequently complain about the app being too complicated – to the service. Currently, many of its features are hidden away behind strange gestures and other screens that it isn’t clear how to use.

“One thing that we have heard over the years is that Snapchat is difficult to understand or hard to use, and our team has been working on responding to this feedback,” said Evan Spiegel, Snapchat’s CEO, during its earning call. “As a result, we are currently redesigning our application to make it easier to use.

“There is a strong likelihood that the redesign of our application will be disruptive to our business in the short term, and we don’t yet know how the behavior of our community will change when they begin to use our updated application. We’re willing to take that risk for what we believe are substantial longterm benefits to our business.”

Snapchat has gradually been losing users to competitors like Instagram and its owner Facebook. Though Snapchat has pioneered a range of features – including stories and filters – Facebook has done much better by taking them and integrating it into its own offerings