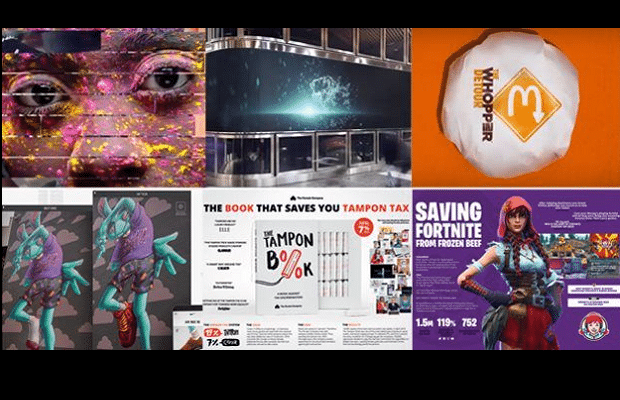 The study, from with Kantar Marketplace’s ad-testing solution Link Now, reveals that this year’s winners were only 50% as effective at long-term branding compared to five years ago.

The study suggests poor branding is the key issue behind this result, and that winning campaigns are creative but not effective.

Kantar analysed a sample of the 2019 Cannes Lions award winners using Link Now, its creative pre-testing solution, which measures an advert’s ability to deliver against short and long-term brand goals. Results were then benchmarked against Kantar’s database of almost 200,000 ads, including previous Cannes winners. The research found that this year’s winners were only 50% as effective at long-term brand building compared to five years earlier.

The research comes after a recent report by Peter Field, claiming that the advertising industry has reached a “crisis in creative effectiveness.” Field’s study of the IPA databank showed that creatively-awarded campaigns are no more effective than non-awarded ones. Kantar’s analysis lifts the lid on where advertisers are missing the mark, revealing that although the winning ads are highly distinctive, the excellence often stops there.

Poor branding was identified as the key issue. Just one quarter of the 2019 Cannes award winners were easily linked to the brand, and in certain cases, consumers were unable to even remember what category the ad was for. For content to be remembered in association with the brand, ads need to ensure that branding is integral to the creative. Busch’s Bronze Lion-winning What beer is it? shows how this can be done. By putting the brand at the centre of the storyline, this ad scores exceptionally well for branding, ranking in the top 10% of all ads in Kantar’s database.

The content also struggled to make the brand meaningful to consumers. Just one in six ads among the award-winning campaigns had strong potential to drive brand affinity, and less than half trigger a strong positive emotional response. This is in part due to an overreliance on ‘shock’ factor to build emotional engagement, as exemplified by Bodyform’s Gold Lion-winning Viva la Vulva and the New York Times’ Grand Prix-winning The truth is worth it. While both ads drive high levels of engagement, enjoyment levels are very low – falling into the bottom 20% – suggesting that the ads do not trigger the right emotion.

According to Daren Poole, Kantar’s Global Head of Creative, too many creative award entries are developed purely with the aim of winning awards. “The decline in effectiveness over time is staggering. Creative content should not just be recognised for its artistry, or for tackling a serious issue, it needs to work as an investment for the brand, driving both short and long-term impact. Ads without strong branding are entertainment at best – but even then, we have seen enjoyment levels falling over time, due to the rise in ‘sadvertising’ and a decline in the number of ads using humour.”

“What concerns me most is that much of the award-winning creative that we analysed is unlikely to have a strong brand effect in the short term, let alone the long term. As we see in the analysis, there’s no reason why advertisers shouldn’t aspire to winning a Cannes Lions for creativity, while also delivering brand impact. It does mean that ads need to be made for the brand and the consumer, rather than exclusively for the creative community,” Poole concluded.

Chaindrite’s Bronze award-winning Termite-ator is the Cannes winner that stood out in Kantar’s study, cleverly overcoming the tension between the need to eradicate termites, and the ethical dilemma of doing so. Distinctive, well branded and delivering a meaningful proposition in an entertaining way, the ad proves that creative winners can also be effective.

Kantar analysed a total of 25 Cannes Lions winners across five markets using its validated Link pre-testing solution on the Kantar Marketplace platform, which assesses advertising’s ability to drive short and long-term impact based on a combination of implicit, behavioural and stated responses. Advertisers can test TV, digital, outdoor and print ads via the on-demand research and insights store quickly and cost-effectively, with results in as little as six hours.

Since launch in March 2019, over 1,300 creative tests have been conducted on Kantar Marketplace across 27 markets. Link Now ad tests are available in 47 markets, starting at $2,935.