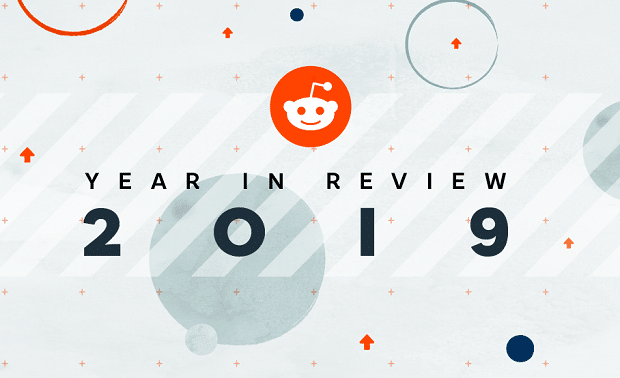 Politics, technology and gaming were the most popular trends on the online community Reddit this year, with Microsoft co-founder Bill Gates' Reddit AMA (ask me anything) post the most upvoted in 2019.

Reddit, which bills itself as ‘The Front Page of the Internet’, announced its top trends across multiple categories in its year in review blog post on Wednesday.

The data, compiled through October 2019, highlights growth in the online forum, including a 37% increase in monthly comments and a 53% jump in monthly views.

Redditors engaged with a number of world events in 2019, including the Hong Kong protests, net neutrality, vaccinations and the #Trashtag movement. However, it was a post in r/pics of Tiananmen Square with a caption critical of Reddit’s own funding that was the top post of the year.

Bill Gates’ AMA post got more than 110,000 upvotes. He answered Reddit user questions ranging from “What’s a piece of technology that’s theoretical now that you wish you could make possible immediately?” to “Through it all… What makes you happy?” He also discussed the TV shows he watches and climate change.

The year in review post named the most upvoted posts of the year, along with the top community rankings under each major category, including politics, beauty, video games, cooking, entertainment and parenting.

It also examined the most discussed politicians, movies, sports teams and more.
Ironically, the post with the most upvotes is one that criticises Reddit. The post, which includes the Tank Man picture at Tiananmen Square, raises concern over potential censorship after the platform received a $150 investment from Tencent, a platform based in China.

“Given that reddit [sic] just took a $150 million investment from a Chinese censorship powerhouse, I thought it would be nice to post this picture of ‘Tank Man’ at Tienanmen Square before our new glorious overlords decide we cannot post it anymore,” the post, which has more than 228,000 upvotes, reads. Reddit kept a sense of humor, sharing the most upvoted post with a note that it’s “presented below uncensored by us overlords.”

The second most upvoted post with 225,000 upvotes is in the r/gaming thread, an illustration about sharing a favorite game with a loved one. That’s followed by an r/askreddit post on “people who haven’t pooped in 2019 yet” and praise for whoever created the tradition of not seeing the bride’s dress and saved countless grooms from dress shopping trips. The fifth most popular post is a thank you note from an 86-year-old who bought a VCR on eBay and could then watch old home videos.

While those were the posts with the most upvotes, Reddit also noted several trends from the year, including stapling bread on trees, honoring the late Grumpy Cat, and the #trashtag challenge. Discussion on environmental issues and climate change, and politics were also big topics on the platform. China was the most discussed news topic on the platform, while articles on the Hong Kong protest were among the most shared.

Reddit also identified several other trends in the report, including a jump in followers for beauty-related communities, a spike in conversations on fast food and recipe sharing, an 87% jump in subscribers for parenting communities, the most discussed entertainment and sports, and growing conversation in gaming communities.