US election: Facebook under fire for Cambridge Analytica ‘data breach’ 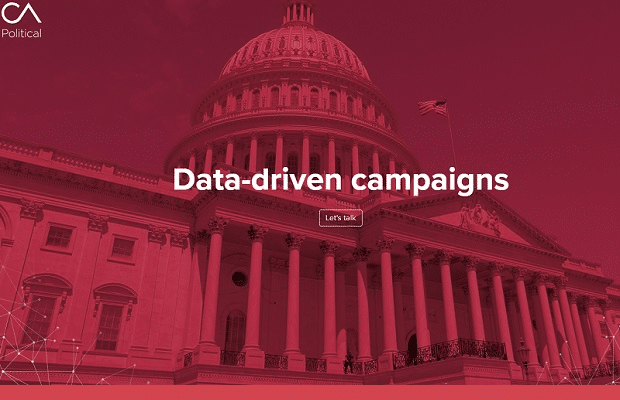 Facebook has been accused of failing to properly inform users that their profile information may have been obtained and kept by Cambridge Analytica, a data firm widely-credited with helping Donald Trump win the 2016 US presidential election.

Facebook has now blocked Cambridge Analytica while it investigated claims the London-based firm did not, as promised, delete data that was allegedly obtained using methods that were in violation of Facebook’s policies.

An investigation by the Observer and New York Times found Global Science Research (GSR), which is owned by Cambridge University academic Aleksandr Kogan, collected information on up to 50 million people through a personality-testing app.

Hundreds of thousands gave permission for their data to be collected for academic use by the app, but it also collected information about their Facebook friends, reports found.

The Information Commissioner’s Officer said on Saturday it would investigate the potential breach after whistleblower Christopher Wylie revealed Cambridge Analytica had used personal information to build a system that profiled US voters to target them with political ads.

Wylie told The Observer: “We exploited Facebook to harvest millions of people’s profiles and built models to exploit what we knew about them and target their inner demons. That was the basis that the entire company was built on.”

The paper says documents show that by late 2015, Facebook had discovered that information had been gathered on an unprecedented scale that affected 50 million people.

According to the New York Times, some of the information could still be found online. It said journalists had viewed some of the raw data which was collected through an app called thisisyourdigitallife.

The app was developed by Cambridge University professor Aleksandr Kogan through his company GSR in collaboration with Cambridge Analytica.

Hundreds of thousands of users were paid to take a personality test and agreed to have their data collected for academic use.

But as well as the data, the app also reportedly collected the information of their Facebook friends, allowing a massive data bank to be built.

Violated rules by passing on to third party

In a blog post, the social network said Dr Kogan had violated its rules by passing on user data to a third party, and that both he and Cambridge Analytica had failed to delete the information despite providing assurances they had done so.

Following the report, Mark Zuckerberg has been asked to give evidence at a Commons committee examining allegations of unauthorised sharing of Facebook user data, an MP has said.

Damian Collins, chair of the digital, culture, media and sport (DCMS) committee, said: “Data has been taken from Facebook users without their consent, and was then processed by a third party and used to support their campaigns. I will be writing to Mark Zuckerberg asking that either he, or another senior executive from the company, appear to give evidence in front of the Committee as part our inquiry.”

To demonstrate just how effective these data mining techniques are, view this October 2016 presentation, made a month before the Trump victory, from Alexander Nix, CEO Cambridge Analytica:

EU to probe data breach ahead of new GDPR rules

The EU’s justice chief, Věra Jourová, described the news that data was misused for political purpose as “horrifying, if confirmed,” adding that she expected “companies to take more responsibility when handling our personal data.”

Horrifying, if confirmed. Personal data of 50 mln #Facebook users could be so easily mishandled & used for political purpose. We don’t want this in the EU. #GDPR https://t.co/p2czcodOsi

Jourova said she welcomed an investigation by the UK Information Commissioner’s Office, an independent body tasked with protection of personal data, and was “ready to help.”

Elizabeth Denham, Information Commissioner, Monday said her office was pursuing a number of lines of inquiry and that “any criminal or civil enforcement actions arising from it will be pursued vigorously.”

Leave.EU communications director Andy Wigmore told The Observer last year that Leave.EU worked with Cambridge Analytica (CA) on an informal basis on the project. Cambridge Analytica has denied it worked for the campaign, however. Now Leave.EU is the subject of a complaint over whether it broke the rules on political donations.

Suspended by @facebook. For blowing the whistle. On something they have known privately for 2 years. pic.twitter.com/iSu6VwqUdG

After reports of Cambridge Analytica using Facebook’s user information came to light, people began to urge others to either #DeleteFacebook or #BoycottFacebook in response.

Finally deleted my @facebook account. If you’re angry about what facebook has done with our data then just #deletefacebook We all moved on from MySpace we can move on from facebook too. Remember we aren’t the customers we are the product #CambridgeAnalytica

The #DeleteFacebook hashtag appeared to gain traction after one Twitter user quoted a BBC Stories tweet from 2017 – an interview with Theresa Wong about Cambridge Analytica, originally broadcast on BBC Two in the series Secrets of Silicon Valley.

Four quotes were taken from the interview to infer Facebook’s role in Donald Trump’s 2016 US election victory, such as “Facebook was our hands-on partner,” and “Without Facebook we wouldn’t have won,” coupled with the call to #DeleteFacebook in response.