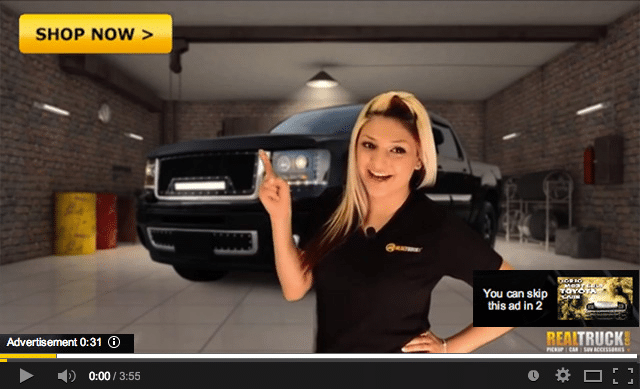 With greater pressure on effectiveness of media buying, YouTube TrueView skippable short ad formats can now be bought on a reach basis.

The traditional longer YouTube TrueView in-stream ads meant advertisers only paid when when viewers watched to the end of the spot or if they click on calls to action within the vieo ad.

Under the new alternative system shorter ads can be also skipped after 5 seconds. The new format is priced on a cost per thousand views (CPM) basis, while offering 95% viewability rates.

In a blog, YouTube said the new format brings “our popular in-stream format built on user choice together with the simplicity of CPM buying,”

A recent global study found that 60% of bumper campaigns drove a “significant lift” in brand awareness with an average increase of 10%, the video platform said.

The video platform beta tested 84 campaigns for the new TrueView and found via its internal data that 9 out of 10 ads using the new product drove a significant lift in recall.

Jim Mollica, senior vice president of digital marketing and media, said: “We’ve been using bumpers for almost two years to drive frequency among consumers who have engaged with us in the past. We use TrueView to drive engaged reach and rely on bumpers to remind and drive product storytelling. For us, frequency is the core driver of impact, and bumpers consistently enables this with a high degree of efficiency and proven impact.”

The new format does not replace the old one and YouTube will continue to offer non-skippable bumpers, available in lengths ranging from 6 to 20 seconds.

The Google-owned video platform has continued to develop the TrueView portfolio. Last month, YouTube expanded the availability of TrueView for Action, a direct-response video ad format that allows users to customize a call-to-action to drive the outcome that’s most important to their business, like leads or referrals.