A first-generation flying car could cost as little as £95,000, with that 38% of active flying car projects currently in the flight-testing stage, according to new research.

New research from comparison and switching site, Uswitch indicates that of the 101 flying vehicles included in the research, five have reached the certification stage – waiting to see whether they’ll be permitted for personal and commercial use.

Here are the 5 closest to reality so you know what to expect:

Other Key findings in this research:

• Uber’s Flying Taxi will cost an estimated £4.24 per mile which means it would only cost 64p more per mile than an average London taxi
• Soon you’ll be able to buy a flying car for as little as £95,000 – That’s cheaper than a Porsche.
• Although people are looking forward to seeing flying cars, a 2019 global survey of 10,000 people found that 80% of people are concerned that they won’t be safe
• The global market for flying cars is projected to reach £1.2 trillion by 2040

View the infographic below: 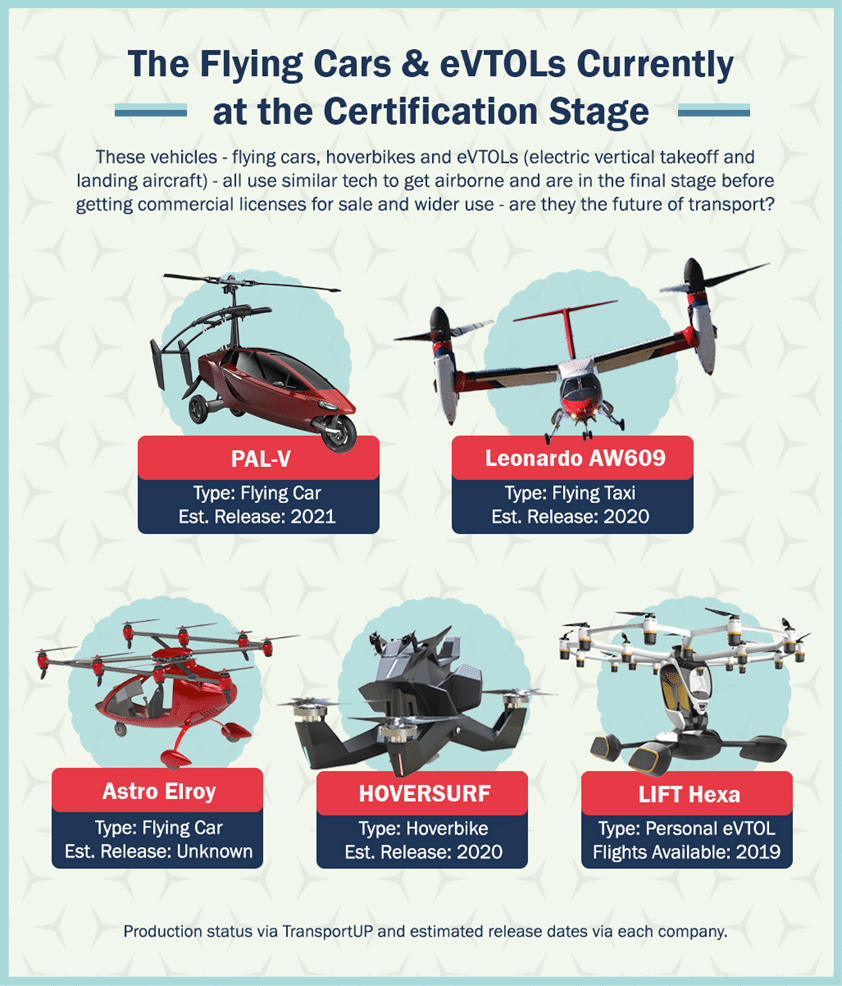