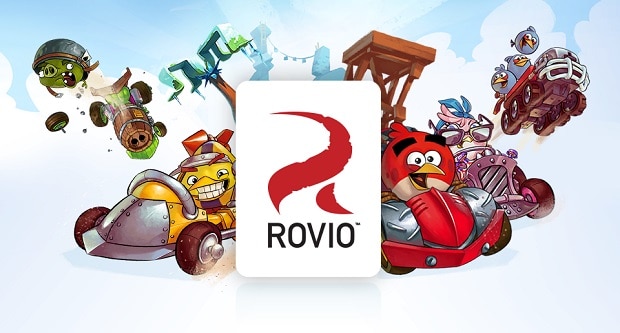 Rovio Entertainment, the makers of Angry Birds, is a new augmented reality (AR) app set for launch in 2019, with new ad sponsorship opportunities from brands.

The new app in the pipeline, codenamed ‘Project Magic’, will let players engage in immersive branded content experiences that bridge the gap between digital and physical licensed products.

Project Magic will let Angry Birds fans to travel through an augmented reality portal onto Bird Island – the home of Angry Birds.

App users will be able to explore Bird Island and discover various AR locations and experiences.

Project Magic will utilise augmented reality with promotional and licensing partners’ products and locations, mixing the boundaries between the digital and the physical worlds.

Simo Hämäläinen, Senior Vice President, Brand Licensing at Rovio Entertainment, commented: “Project Magic represents a major licensing milestone for Rovio’s Brand Licensing Unit as our vision of being able to add digital overlay to licensed products is now reality. We’ve been working diligently alongside our long-time AR partner Zappar to create a cool, always on digital brand licensing ecosystem that not only adds value to consumers, but also helps to bridge the physical and digital worlds of Angry Birds. Licensing partners will have an incredible opportunity to create exceptional branded content experiences across our physical and digital touch points, and our consumers will be able to immerse themselves even further in the wonderful world of the Angry Birds.’’

Rovio is currently developing Project Magic alongside renowned augmented reality specialists, Zappar. This augmented reality platform will build on the successes of Rovio and Zappar’s previous collaboration within AR, which was created for The Angry Birds Movie launch back in 2016.

Max Dawes, Partnerships & Marketing Director, at Zappar, commented: ‘’Over the past seven years working in the augmented reality space we’ve learnt a lot about how companies can create value with AR. We’re beyond excited to be able to leverage those learnings on such a huge scale with the fantastic team at Rovio. A brand’s largest owned media channels are their products, their packaging and their stores: through the addition of interactive Angry Birds content these channels can surprise, delight and entertain consumers like never before. In addition, Rovio’s partners will see hard data on when and how consumers are interacting. We can’t wait to unleash the magic!’’

The planned 2019 theatrical release of The Angry Birds Movie 2 is swiftly followed by the landmark 10th anniversary of the original Angry Birds in December 2019. To date, the Angry Birds family of games have amassed over four billion downloads since 2009. Throughout 2018, Rovio will continue its games event and partnership program developing bespoke in-game content for new brand partners. Some previous partnerships include the 2018 Imagine Dragons, NFL Super Bowl, Iron Maiden and Everton Football Club.