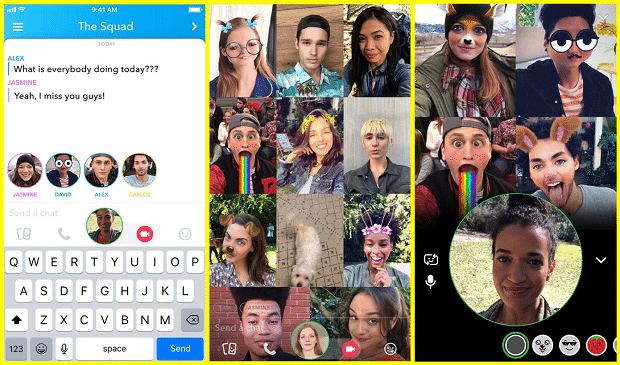 Snapchat has launched a new feature that lets up to 16 people take part in a live chat together, using either video or just their voices.

The app’s members can also start tagging each other by username, using the @ symbol in their posts. The changes will roll out over the coming weeks, the firm said.

“Today, we’re excited to introduce Group Video Chat on Snapchat!” parent company Snap said in an emailed statement on Tuesday. “We designed Chat to feel less like texting and more like hanging out. That’s why when a friend opens Chat, their Bitmoji pops up to say ‘I’m here!’ – and why your Chat conversations aren’t saved forever, by default.”

Users can start the group chat with just a tap on the video icon. Up to 16 friends can video chat together at the same time. Meanwhile, group audio chatting can support 32 friends at once.

Friends have the option to join a Group call just with voice too, or toggle between video and voice, if they aren’t camera ready, the emailed statement added.

Snapchat came under fire for a recent redesign. A petition calling for the changes to be reversed attracted more than 1.2 million signatures.

In February 2018, $1.3bn (£1bn) was wiped off Snap’s stock market value after reality TV star Kylie Jenner tweeted that she no longer used the service.