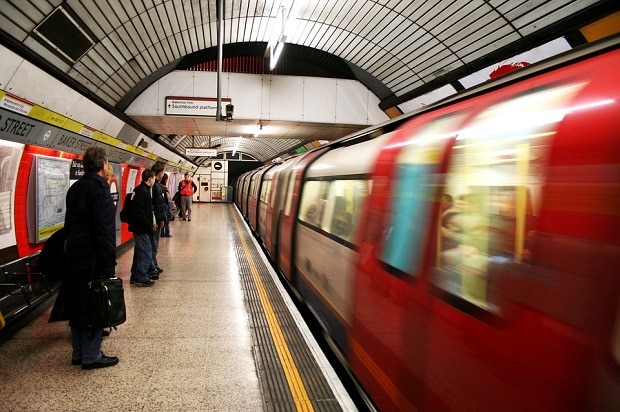 Transport for London (TfL) has denied that it plans to generate £322m in extra revenue by collecting Tube users’ location data and potentially selling it to third parties, following a new report.

Last week, Sky News reported that, despite promising otherwise, TfL is planning to sell this information to third parties and hopes to raise £322m by doing so.

At the end of 2016, TfL ran a pilot which tracked the Wi-Fi signals from 5.6 million phones as people moved around the London Underground, even if they weren’t connected to a Wi-Fi network.

TfL publicly stated that the purpose of the scheme was to use the aggregated, anonymised data “to better understand how people navigate the London Underground network, allowing TfL to improve the experience for customers”.

It is now in consultation about tracking passengers on a permanent basis. The only way to opt out of the scheme would be to turn your Wi-Fi or phone off.

However, a spokesperson for TfL told digital news site The Inquirer: “We have no intention of selling any personal data. The data would simply allow us to get a better understanding of where people travel through stations so that any advertising / retail units are placed where there are higher footfall flows.

“We are already in discussions with key stakeholders, including the Information Commissioner’s Office, privacy campaigners and consumer groups about how this data collection could be undertaken on a permanent basis, possibly across the full Tube network.”

Wi-Fi tracking is used around the UK, especially on high streets and shopping centres, to track customers as they move around a store, for example.

However, documents obtained by Sky News under Freedom of Information laws show that they also anticipate there will be a significant financial benefit from the scheme, in contrast to TfL’s public messaging.

Many of the documents list ‘financial’ as the first benefit of the scheme. In one, a section called Advertising Partnerships states: “Enabling TfL to achieve £322m revenue generation over the next eight years by being able to quantify asset value based on the number of eyeballs/impressions and dynamically trade advertising space.”

Another document details TfL’s communications strategy for the pilot. The ‘key messaging’ intended for the public reads: “TfL collects Wi-Fi connectivity data to better understand journey patterns and improve our services” – with no mention of the anticipated financial benefits to TfL.