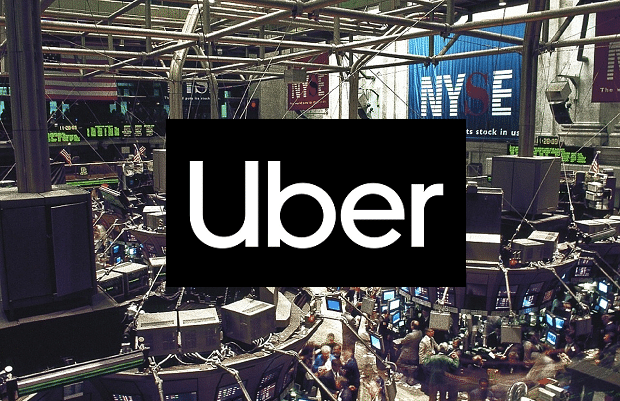 Uber floated on the stock market on Friday, falling 7% below its IPO price amid concerns about whether such companies are able to turn a profit.

The ride hailing app began trading as a public company at $42 (£35) per share on Friday, nearly 7% below its initial public offering price.

As well as ferrying passengers around, Uber delivers food to its 91 million customers.

Despite this, the California-based company has lost about $9bn (£6.9bn) since its inception and has warned it could be years before it makes a profit.

The IPO price was already almost a third less than what investment bankers had predicted last year, with Uber settling for a lower valuation amid a series of investor concerns including profitability and the lukewarm reception for rival Lyft’s market debut.

Lyft went public six weeks ago – but its share price has tumbled by more than 20% from its IPO price set in late March.

Although the company’s co-founder Travis Kalanick was ousted as chief executive two years ago, his outstanding stake in the business was expected to be worth $5.3bn (£4.1bn).

He was spotted on the trading floor of the NYSE as the bell was rung in the presence of his successor, Dara Khosrowshahi.

Uber has faced several controversies in recent years – including claims of sexual harassment within the company and allegations that it stole self-driving car technology.

The firm was also accused of covering up a computer break-in that stole personal information about its passengers.

Some Uber drivers have also been accused of assaulting passengers, and one of the company’s self-driving test vehicles struck and killed a pedestrian in Arizona last year while a back-up human driver was behind the wheel.