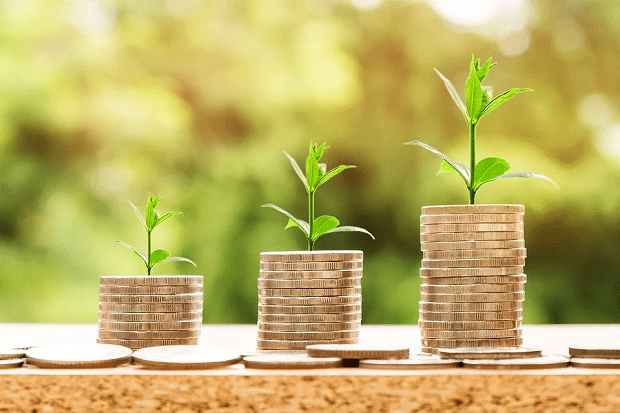 Professional salaries in the UK are expected to increase by at least 3% in 2020 – following two years of pay freezes. With over half of UK professionals believing that their pay is not an accurate reflection of the work they do – news of salary increases above 2020 inflation rates (1.94%) will be warmly welcomed.

Whilst business confidence returns to most regions within the UK, the capital London will experience the slowest growth in salaries at +2.15% – that is less half of the increase expected in The Midlands.

The findings come from leading global recruitment constancy Robert Walters. The firms annual Salary Survey 2020 is the biggest research piece of its kind, reviewing over 100,000 roles and the views of over 9,000 UK employees.

Professionals working in legal, marketing, procurement, accounting & finance and tech-based roles will see their pay increase above the national average. Whereas salaries within HR, banking, and logistics will remain static – at most receiving a 1 – 2% increase.

Job vacancies on the rise as business confidence returns

Chris Hickey, UK CEO at Robert Walters commented on the last 12 months: “While 2019 was defined by a year of political and economic instability due to Brexit, the hiring market performed better than anticipated.

“There were pockets of hiring activity within sectors that received notable VC funding such as technology and fintech. Other areas of positive recruitment last year were property, professional services and specific areas within banking such as hedge funds performed better than anticipated.”

In most cases, regions outside of London had almost double the job growth than the capital.

Chris Hickey comments: “The nearshoring of roles – in particular back-office and operations – to other regions in the UK (namely the Midlands and North West) is something that has been on the agenda for some time and in fact is not Brexit related, but is a decision based on cost-saving. From a London perspective, nearshoring has had more of a significant impact on hiring activity than Brexit.

“What the data in the Robert Walters salary survey highlights is that the UK will continue to be a global hub for professional services – from legal, HR, accounting, marketing, tech and business support – the UK continues to have some of the best skilled talent in the world.” On the future of Banking & Financial Services in London, Chris comments: “The big banks notably had some hiring freezes in 2018 through to 2019. Whilst Brexit and job relocation no doubt played its part in the decline in job vacancies, the impact of restructuring and technical automation should be taken into account when building a true picture of the UK as the leading contender as the global financial services hub.

“Futureproofing is key and nowhere is this more apparent than in the UK financial services sector where technology is now the fastest growing function – in fact job growth in IT banking roles has increased by 150% in the last five years.”

Industries to watch in 2020

Chris comments:“With Brexit at the centre of plans for 2020 we anticipate that there will be greater opportunities amongst emerging industries, disruptors and SMEs. Those sectors receiving notable VC funding will be ones to watch.

“It’s businesses in these categories that will drive the hiring agenda by recruiting agile, tech-proficient and commercially savvy professionals who have their finger on the pulse of developing markets.”

Education technology – edtech – is one of the UK’s fastest growing sectors, growing at 22% year-on-year and worth an estimated £170 million to the UK economy in exports alone.
The UK edtech market is expected to reach £3.4bn by 2021 (out of a total of £100bn UK education market) and is home to more than 1,200 edtech companies – approximately a quarter of the total number in Europe.

With spending and funding rife, the industry shows no signs of slowing down. In the UK alone schools are spending close to £900 million on edtech each year to leverage learning, and the education secretary has pledged a further £10million to support innovation. Coupled with this, the UK ranks number one in edtech venture capital funding in Europe – receiving more than a third (34%) of total investment to the continent.

Tom Chambers, Senior Manager – Technology at Robert Walters comments: “For the last few years the fintech sector has been making significant noise in the recruitment market – with a 61% increase in job creation in 2019. What’s interesting is that edtech has now reached the same number of digital companies as financial technology (fintech) and so I will expect to see a lot of competition between companies for top talent in 2020, which will naturally boost salaries and workplace benefits for anyone working in these sectors.”

A number of startups in the UK have emerged at the forefront of agricultural technology – with the industry accounting for £14.3 billion in turnover and more than half a million jobs in the UK right now.

The value is not surprising given over 70% of land in the UK is used for agriculture – representing over 7% of Europe’s total agriculture market.

The UK government has placed an emphasis on the development and adoption of agriculture technologies to increase the productivity of agriculture globally against a backdrop of decreasing land availability and available labour. At the centre of the government’s Agri-Tech strategy is a £90m investment into four Agri-Tech centres in the UK.

Tom states: “The UK is no stranger to agritech and is home to many farmers who already integrate technology into their work with excellent results.

“Therefore it is not surprising to see the UK fast becoming a destination for tech companies to establish their businesses, not least because of our history of being a world leader in plant and animal science and being home to some of the most established agricultural research institutions in the world – 20% of the UK workforce is in science and so talent is not an issue.
“Secondly, the UK proves an ideal environment for start-ups with access to one of the world’s leading venture capital industries and a major global financial centre. Venture capital investment in the UK is booming, with British tech firms attracting more venture capital funding than any other European country.”

According to the Robert Waters report: The UK Fintech Revolution – in 2020 London will be home to just as many fintech ‘unicorns’ (companies worth more than $1bn) as current global leader San Francisco. Of the 29 fintech unicorns worldwide – nine are in San Francisco, while seven are housed in the UK.

E-money firms (as defined by the FCA) grew by 51% last year, and it is predicted that by 2020 over half of payment service providers in the UK will be digital-only.

Chris adds: “When spotlighting the UK’s leading fintech unicorns, the income growth they have achieved over the past twelve months is phenomenal – increasing from a combined £77.1m to £177.6m revenue. That’s a revenue growth of 130% in just one year.”

Such is the growth of the industry, that in 2019 job creation within the fintech space increased by 61% – making it the fastest growing sector in the London economy.

And the benefits were not just felt in the capital, last year the fintech boom created an 18% uplift in job creation in regions outside of London.